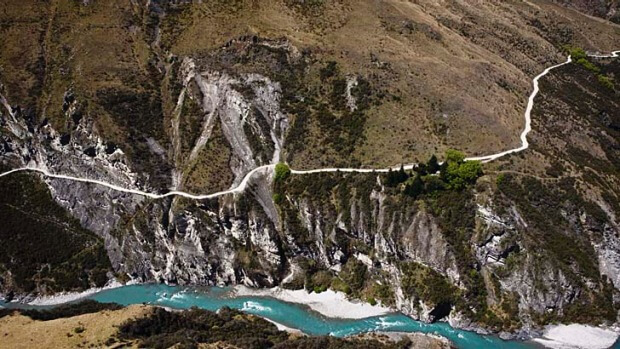 The 4.3 Km road connects lies between Île de Noirmoutier and Beauvoir-sur-Mer, in the department of Vendée. It is one of the routes that connects the island to. The road is located in the Atlantic coast of France.

Apparently, it looks like a normal road, but this road is flooded twice a day during high tide and practically the road goes under water this time. During high tide it lies under 1.5 – 4 metres of water.

To drive on this road, know the tide times, follow the panel instruction. To avoid skidding move slow as this is a slippery road.  Turn on the headlights and the fog lights front and rear in case of dense fog.

This road actually moves through nowhere. It is marked as the loneliest road of the world. The 175 Km road has only 3 gas stations and literally very few eateries and halting places.

To drive on, you need 100% concentration as this road has bad conditions, poor visibility, sudden 2-4 lane changes, potholes and small flying rocks carried by fast winds.

This road is developed mainly for trucks and heavy vehicles. Keep in mind slow but steady wins the race here.

Popularly known as “The Road of Death”. This road travels from La Paz to Coroico. It is a 40 miles of one-lane road that includes vertical drops at a height of 3,000 feet to the Amazon rainforest below. Also, it has over 200 sharp turns.

It is a long highway covers 2,028 Km in length. The road connects Chengdu in Sichaun to Lhasa in Tibet via Kham. The road is famous for rockslides and storm.

There are numerous Buddhist monasteries available on this road and pack of yaks can be seen. The road was built between 1950 and 1954 and since then thousands of people died every year while travelling on this Highway.

This road is nicknamed as the “Road of Bones”. The Siberian Road to Yakutsk meanders is one of the coldest regions in the world. The road is mostly unpaved, particularly in the north.

However, the best time to travel on the road is winter. During winter the ground and water are frozen, making travel somewhat easier. During July and August, due to heavy rain the road becomes muddy and it is almost impossible to drive on.

The road passes through mountain Andreas between Chile and Argentina. It has many steep slopes and hairpin turns without railing. The road is covered with snow almost throughout the year. It requires extreme patience and top level driving skill to drive on this road.

Located in New Zealand it is undoubtedly one of the scariest road of the World. Cutting from the middle of a steep cliff this road has minimum space to offer. The winding road needs a special permit to drive on it.

The real challenge here is to drive successfully on this slippery road and to give space to other vehicles that come from opposite site, as this is also one of the most narrow road on earth.

Zoji La pass is located on the Indian National Highway 1D and connects Srinagar to Leh. Situated on the high Himalayas the pass offers a vital link between Ladakh and Kashmir.

The height of this road is 3,528 metres above sea level and is the second highest pass after Fotu La. Due to high snow it is often closed in winter.

In spite of all the other difficulties it is the only road that connects the people of Ladakh to the rest of the world.

The Guoliang Tunnel is made through a mountain in China. Before the construction of this road the village Guoliang was cut off from the rest of civilization by the surrounding cliffs. Due to the difficult conditions of this road it is used by very few people.

The Karakoram Highway is the highest paved international road of the world. The road is also termed as Friendship highway. It connects China to Pakistan through the Karakoram mountain range and passes through the Khunjerab Pass, at an altitude of 4,693 metres. The road is famous landslides and floods. The road is unpaved in Pakistan- which is absolutely a nightmare for a driver. In spite of all these problems the road is still a tourist attraction, as it is touching some spectacular locations along the old Silk Road.