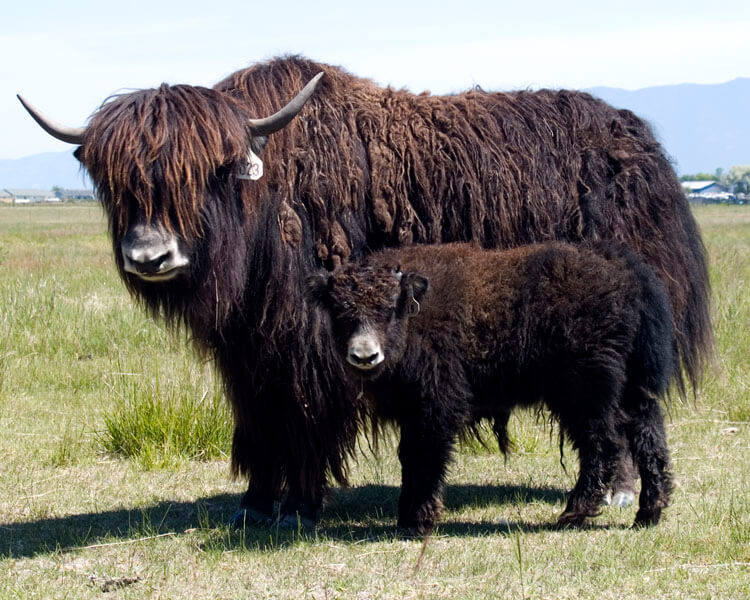 An animal species is called susceptible due to loss of habitation, destruction and a high risk of declining population in the wild. Some of susceptible species of Indian Wild life are:

Yak is one of the largest species of wild beast found throughout the Himalaya region of India. Wild yaks are the largest beast and also the largest native animal in their variety.

Nilgiri Marten is the sole species of marten resides in India and one of the rarest and remarkable wild animals widespread to the Western Ghats of India. It lives in the hills of the Nilgiris and parts of southern Kodagu.

Marbled Cat is a small wild cat listed as vulnerable, habitants of the Himalayan foothills in India. The marbled cat kills birds, squirrels, rodents and reptiles for living.

Nilgiri Langur found only in the Nilgiri Hills of the Western Ghats in South India. This species is endangered due to deforestation and poaching. Indira Gandhi Wildlife Sanctuary and National Park of Tamil Nadu is one of the best places to spot Nilgiri Langur.

The glorious Clouded Leopard is smallest of all the big cats found in India.  Inhabitants of the dense tropical jungles of north east India; Clouded Leopard is a state animal of Meghalaya but marked as endangered because of habitat loss due to deforestation and illegal trading.