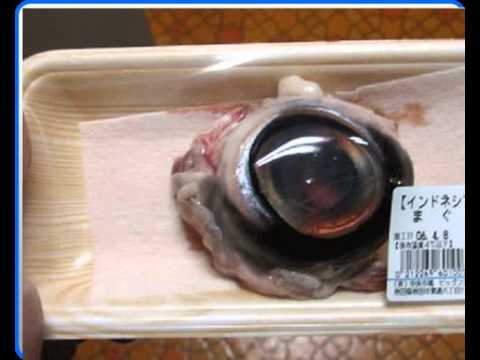 Food is a delicacy for us. Most of the time, we can’t resist our mouth water hearing the names of our favorite foods. But sometimes food can be scary. Here are seven examples of that.

Mostly eaten in the past, this was a popular dish in the Central United States until mad cow disease became an alarm. Currently, people also eat them in a rare situation; however, serving brain from a cow that is over 30 months old at the butchery is now illegal in the United States.

It is a delicacy in Mexico. The dish is actually made with ant larvae harvested from the roots of the agave plant. Sometimes they are referred to as “insect caviar”. It is said that it tastes like slightly nutty butter.

This is a famous eating option of Sardinia.  This dish is best termed as a sheep milk cheese comprising live insect larvae. The scariest part is the larvae are only about 8mm long and they can liftoff themselves up to 15cm when troubled.

Usually a food of Scandinavia this delicacy is prepared from old stockfish and lye. The harsh alkaline material also known as caustic soda is used to immerse the fish for many days. After removed from the lye the fish is so harsh that it is essential to give the fish a week long cold water bath to make them edible again.

Balut is duck eggs that have been protected until the fetus is fluffy and beaky and then boiled it alive. The bones of the fetus give the eggs a unique crunchy feel.

This is a popular food in Cambodia, Philippines. This is typically a street food sold at night, out of buckets of warm sand.

A typical food of Iceland.  The Icelanders say that this fermented basking shark is a developed taste. Chef Anthony Bourdain of the Travel Channel labeled it as “the single worst, most disgusting and terrible tasting thing” he had ever eaten.

This is a cheap item and can be found in Japanese grocery stores for about 1 USD. The taste is something like squid and should be boiled before consumption. Don’t eat without seasoning.