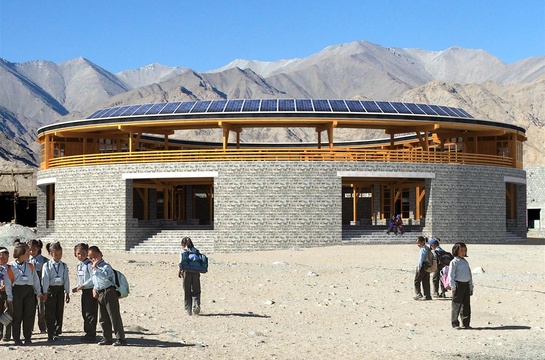 From hundreds of thousands of years, Himalaya attracts visitors, spectators from all over the world. During the past several years, people have discovered many strangest places in this region and set their foot there. One of such beauty in the Himalayan region is Ladakh. Though there is an age old civilization exists there, but the place rarely encounter strangers from outside. In the last decade, Ladakh has got some popularity as a spectacular tourist spot, however, still it can be considered as a virgin place. Here is a list of 7 unknown facts or you may call it secrets which you must know before visiting Ladakh.

1. The lowest point of Ladakh is at a high altitude of 9000 feet (2,750 m) at Kargil and the highest point is at 25,170 feet (7,672 m) at Saser Kangri in the Karakoram. The temperature reaches negative 22 degrees Celsius in winter, and in summers it can move up to 20 Celsius. Ladakh is one of the few such places where people can have sunstroke and frostbite at the same time.

Ladakh is home to Tsomoriri Lake. The high altitude lake measures 28 km lengthwise and 7 – 8 km at the widest points. The place is famous for being paradise for wild animals. The rare cranes, wild ducks, and some other small birds and marmots can be found here.

Ladakh is waterless; it has almost 300 dry days every year. But Ladakh is also home to 225 species of birds like finches, robins, redstarts and Hoopoe.

4. The 1971 war between India and Pakistan was stopped to celebrate Losar. Colonel Chewang Rinchen seized Turtok and abruptly decided to stop the war with Pakistan, due to the local festival Losar, keeping in mind local sentiments. Colonel Rinchen received the Mahavir Chakra at the early age of 17 and the Corps lecture Hall was named after him in 2006 as Rinchen Auditorium near Leh Airport.

The Kung-Fu Nuns: Drukpa nunnery in Ladakh observes this sport every morning. All the nuns at this nunnery dress up in their martial art costumes and their voice of hee-yaas echo throughout the serene hills. They are the new age descendants of the 800-year-old Drukpa Buddhist sector.

For me, it is the most amazing part of this place, the magnetic hill. It is the place where a car will still keep moving after stopping its engine due to the magnetic effect of the hill. On the Kargil Highway, 30km from Leh you can observe this unbelievable situation.