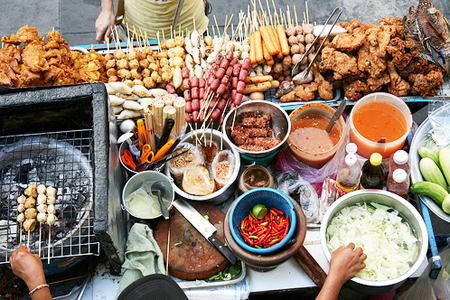 It is beyond doubt that Thailand is a country popular for its beautiful tourist spots, spectacular beaches and rich culture. Not only tourists from Asia, but travellers around the world are attracted to its beauty from ancient time. However, other than its beauty, Thailand is also a controversial place, famous for some not-so-good things, which every first-time traveller must take care. Here is a list of 7 such things.

Once you are in Bangkok, don’t trust any unwanted person who comes to you and ask for your destination. These touts are generally liars and will put you in a tuk-tuk and will circle around some places which you will certainly not want to see. They can also take you to some cheap stores and will force you to buy some fake gems and other low-quality objects. Always avoid them politely.

The authorities will warn you to not to trust any strangers who are saying that Grand Palace is closed. Throughout Bangkok, you will find such people telling you the closing news of famous places. But this news is mostly false. They will try to take you to some cheap places and grab money from you.

Always Keep your Passport with You

While travelling in Bangkok, always keep your passport with you, especially, in a train station and outside airport. There are some unscrupulous police officers who are famous for harassing tourists and taking money from them.

Be careful while boarding a taxi in Thailand. The taxi drivers there are infamous for ripping off tourists.  Always insist them to turn on the meter of the taxi. The drivers may force you to negotiate a flat rate which is far higher than the actual meter price. Don’t go for this.

Exploitation in a club or bar

The night clubs of Thailand are famous for exploiting people. Don’t trust any strangers there and, of course, don’t go to a private place all alone.

The street foods of Thailand are delicious and famous at the same time. But there are some outlets which don’t maintain the required hygiene. So, before tasting one, try to check the safety measures taken by them.

One thought on “7 Things to Avoid in Thailand”