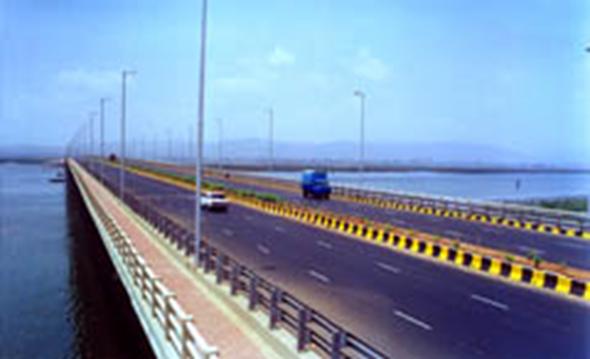 Have you ever think about your most exciting journey? Those of us, who love to travel a lot, encountered many exciting journeys in our life. Some of us find a boat ride in a local river most exciting, some have found the toy train rides the most thrilling, some have found a trekking route to be the most adventurous. The list is endless. Here is a list of such exciting routes; the sea bridges in India. And who doesn’t know crossing a sea via a sea bridge is an out-of-the-world experience.

Rajiv Gandhi Sea Link is the formal name of the Bandra–Worli Sea Link. It is the longest sea bridge of India which joins Bandra with Worli across the Mahim Bay, a section of Arabian Sea. It is a cable hang around bridge on which 8 lanes of traffic rests. The total length of the bridge is 5.6 kilometers.

The Pamban Road Bridge runs parallel to the Pamban Rail Bridge and has 2 lanes of traffic road. This bridge is also constructed by the Indians over a hundred years ago is a gem of engineering and the sole surface transport link between the mainland and the island of India.

The Airoli Bridge is the second bridge that joins city Mumbai to Navi Mumbai construct across the Thane Creek. Airoli Bridge is 3.8 km long and creates a direct road link between Thane – Belapur road and Eastern Express Highway.

However, the longest sea bridge in India is under construction. The bridge will run between Mumbai named as Mumbai Trans Harbour Link. The length will be 22 km and it will be a freeway grade road bridge across Thane Creek.