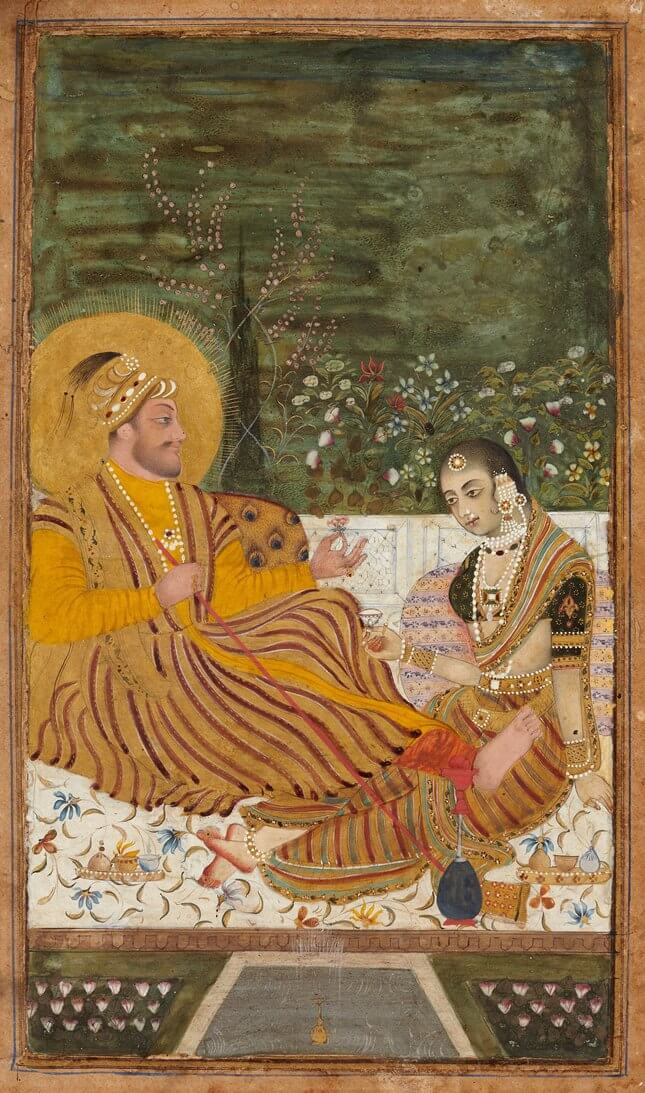 History- most of the time we consider this particular subject as the best medicine insomnia but is this subject really like that? I myself wonder the answer many times. In my school days, it was the single subject which scared me. Every time before the day of history exam I felt feverish; not only me, a few of my friends were also in that line. However, as I grew up, I started feeling that history was not as bad as I thought it was. The courtesy go to the historical novels. The more I read them, the more I fell in love with it, of course, not with the boring details, but with the stories behind the historical events.

Every historical monument, structures, battles has its own story of hatred, love, expectation, and every other emotion possible in the earthly world. The story of love of an emperor for his wife is behind one of the seven wonders of the world- Taj Mahal and the structure made their love world-famous. Here are two more historical monuments and the story of love behind them which make them possible.

Gol Gumbaz was actually the mausoleum of Sultan Mohammed Adil Shah of Bijapur, currently located in Karnataka in India. The structure was completed in the year 1656. The main architect of the project was Yaqut of Dabul. The so-called simple design is actually a “structural triumph of Deccan architecture”.  As per Wikipedia-“The structure is composed of a cube, 47.5 meters (156 ft) on each side, capped by a dome 44 m (144 ft) in external diameter. At each of the four corners of the cube, is a dome-capped octagonal tower seven stories high with a staircase inside. The upper floor of each opens on to a round gallery which surrounds the dome. Inside the mausoleum hall, is a square podium with steps on each side. In the middle of the podium, a cenotaph slab on the ground marks the actual grave below.” Running around the inside of the dome is the “Whispering Gallery” where even the softest sound can be heard on the other side of the mausoleum due to the acoustics of the space.

The Behind Love Story

Now it is the time for some story. The history tells us about the facts and figures, but there was an untold love story.

Sultan Adil Shah once fell in love with a girl named Rambhabati. Rambhabati was actually a dancer and came to the royal harem from a poor family. Though it was not a rare thing for a sultan of that period to fall for a dance girl, but their love story had something to mention. Adil Shah had many other begam and women in his harem as per the rule of that time. However, a true love is still missing. The first wife of Adil shah was a strong lady and had a unique personality. And probably it was her personality that kept the Sultan away from her. Adil Shah was a great admirer of dance and music and it is beyond doubt that it was music which brought them close. Moreover, Rambhabati had a heavenly beauty. The myth said that this beautiful girl actually inspired Adil shah to build this structure which would make him famous forever, even after his death. And with her inspiration Adil Shah actually made this impossible a possible. It is a legend now that the famous Sultan not only reciprocated the true love of a mere dance girl but also honored her last wish. Till her last moment of life Rambhabati wanted to stay beside her Sultan and her Sultan also respected her wish. After death, Rambhabati was cremated just beside her Sultan so that they can stay together even after their death. Though both Rambhabati and Adil shah were no more, but the structure Gol Gumbaz still stands tall and silently recites their story of love.

The Story of Love

Once while he was the king of Gwalior, Maharaja Mansingh Tomar went for a hunt one day in the forest. There he met a beautiful Gurjari tribe girl and was enchanted by her beauty and haunting skills. The king proposed the girl and she invited him to her village and told him to ask her hand from her elder brother and foster father, who was a priest of the village.

Few days later, the king went to her village and asked her hand in marriage. Her father and brother accepted the proposal happily and they both married.

In his royal palace, other queens of   Mansingh Tomar didn’t accept a tribal girl as a queen and Mriganayani lived separately in the palace. Mriganayani was an avid singer and dancer and the king was a great admirer of music. Both of them enjoyed music together and Mriganayani get formal musical training from several masters of this field. She was also a good administrator and helped her king in making several decisions. With her assistance the king built many temples, buildings, structures inside Gwalior fort. Above all, the separate Gurjari Mahal was a signature of love between them. Upon his queen’s wish, the Maharaj brought the river Rai to this palace because this river brought back the memory of the queen’s girlhood; she grew up beside this river.

However, not all these things went smoothly. There were several attempts made on the life of Mriganayani. But the brave lady didn’t complain against anyone. Even she rejected the proposal of making her son the next king upon his father’s death. She happily left the thorn to the eldest son of Mansingh Tomar who is the legitimate owner of Gwalior thorn. It is said that she sent her sons back to her clan and personally moved back in Gurjar society after her king’s death.  But there is Gurjari Mahal, stands till date and recites their story of love.