As Holi is the festival of spring, we can see the splash of life in nature also. With the soothing southern breeze, the branches of the trees bend down with the weight of the colorful flowers and fresh green leaves, nature also joins the human folk in the celebration. The situation is same in every part of India. Rajasthan, the land of sand and camel, is generally known as the roughest state of India. However, during Holi, the land of camels also covered itself with colors. The pink city, the blue city go under the clouds of colored powder of red, pink, blue, orange, green. 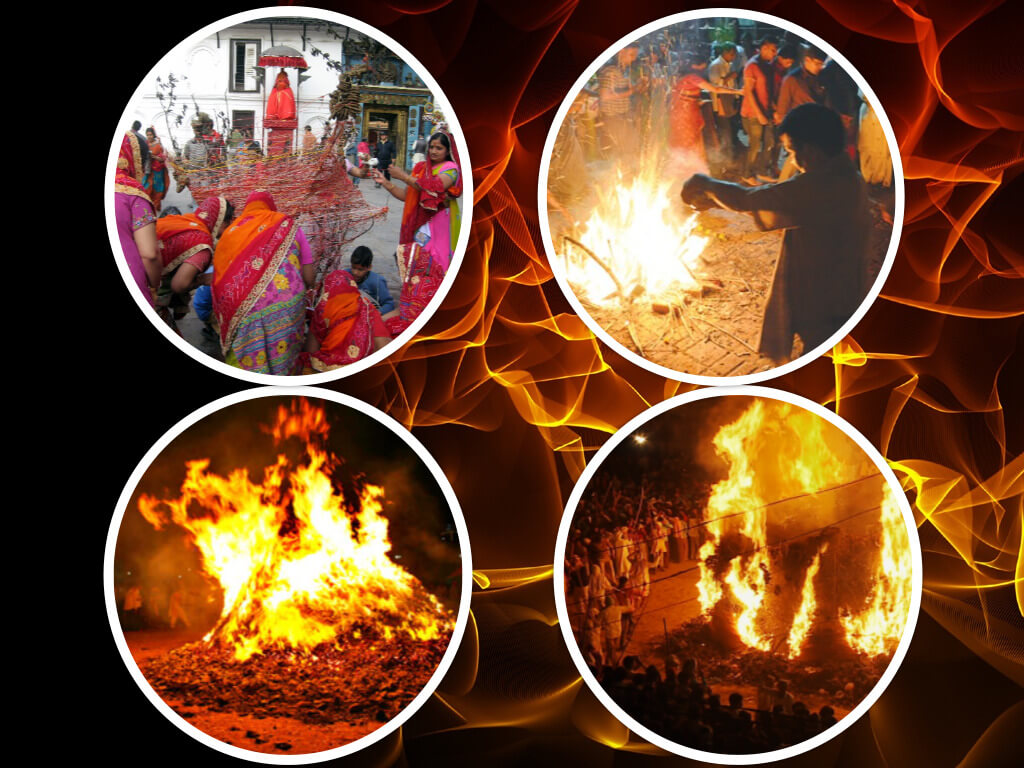 The celebration of Holi in Rajasthan begins the night before the full moon. The people gathered in their locality and light huge bonfires which symbolize the win of honest over evil.

The legend is as follows: once there was a demon king named Hiranyakashipu who got a boon from Lord Brahma which made him nearly immortal. The boon was like that neither in the air nor in the water or land, neither at day nor at night, neither indoor nor outdoor, neither a man nor an animal was able to kill Hiranyakashipu. His son Prahlad was a great devotee of Lord Vishnu and didn’t support the misdeeds of the demon king. Numerous attempt then made on Prahlad’s life by his father but in the end, the Nrishingha avatar of Lord Vishnu killed the demon king in order to save his devotee’s life. In one such attempt to take the life of Prahlad, Hiranyakashipu asked for her sister Holika’s help. Holika had a special clock which kept her unharmed in the fire. Hiranyakashipu sends Holika wrapped that cloak inside the fire with Prahlad on her lap. However, the boon didn’t save her that time since her desire was evil. So, Holika burnt in that fire while Prahlad came out of it unharmed. Thus determining the win of good over evil. This incident happened on the night before the full moon and from that day onward a lighting a bonfire prior to the day of Holi became a tradition in India .

The next day people of Rajasthan enjoy Holi to their fullest. Even the famous royals of Rajasthan come forward this day and drenched themselves in colors. There are colors and celebration of life everywhere. People hit the road with colored powder and water-soluble colors, wish each other happy holi and throw colors at each other. There is also singing and dancing everywhere. The songs are mostly folk songs.

So, we can say that this is the festival in which you can enjoy life to its fullest. Can’t believe? Watch the video here: