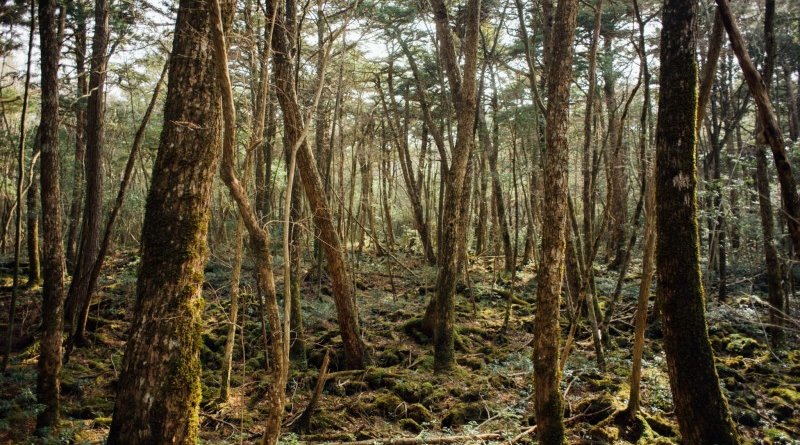 We believe or not they exist. They- the ghosts, exist on Earth. Sometimes we feel their presence in some places which give us Goosebumps. From old abandoned castles to creepy suicide forests there are numerous spooky locations available on our planet. Here is a quick glance at some of these places.

The Beechworth Lunatic Asylum is originally called Mayday Hills Lunatic Asylum. It is located in Victoria, Australia. The mental hospital was in function from 1867 until 1995. Once at its highest capacity, 1,200 patients lived there. In the 130 year long history of this asylum, almost 9000 patients died here and it is believed their souls haunts this place every night. Wann’a take a ghost tour? This can be your 1st choice.

This one is in France. The Château de Châteaubriant was built in the 11th century. The castle was said to be haunted till 16th century by Lady Françoise de Foix, the wife of Jean de Laval- owner of this castle. Jean de Laval assisted King Francis I at court, and his wife was the lady in waiting to the queen. In due course, she became the mistress of King Francis. After Jean de Laval came to know about this affair, it is rumoured that he locked up his wife in a room of Château de Châteaubriant until he can poison her. She died on Oct. 16, 1537. Every year, on Oct. 16, Françoise haunts the halls of the Château.

The Iulia Hasdeu Castle was built by Bogdan Petriceicu Hasdeu in Campina, Romania in the name of his 19-year-old dead daughter, Iulia. After losing his daughter, Bogdan Petriceicu Hasdeu became a practitioner of spiritualism and attempted to reconnect with the spirit of his daughter. A room in the castle was solely designed for the purposes of these daily spiritual exercises. Iulia reportedly haunts the castle till date, walking through the courtyard in a white dress and holding daisies. And she still plays the piano each night.

At the base of Mt. Fugi, Japan, Aokigahara is located. It is a globally infamous Suicide Forest. Many people came here to kill themselves amidst the dense trees and vines. The number of dead people is so high that the local police have to do annual sweeps to clear away the bodies. In 2004, 108 people committed suicide there. There are signs around the forest which read: “Your life is a precious gift to your parents” and “Please consult with the police before you decide to die.”

It is believed that this forest is haunted by the souls of these dead people. According to another legend, during famine in ancient Japan, some have abandoned their family members in Aokigahara, where they died of starvation. Those ghosts haunt the forest today.

Jerome is a former copper-mining town in Arizona which has paranormal reputation from the days of Wild West. Now, the town is the residence of just 400 residents, but legend has it there are more ghostly residents from the days of mining accidents and gunfights. One of such spirit is the working girl Sammie Dean. She was a prostitute who was strangled by one of her customer in the old Crib District. Till date, her spirit haunts the alleys looking for her killer, who was never found.