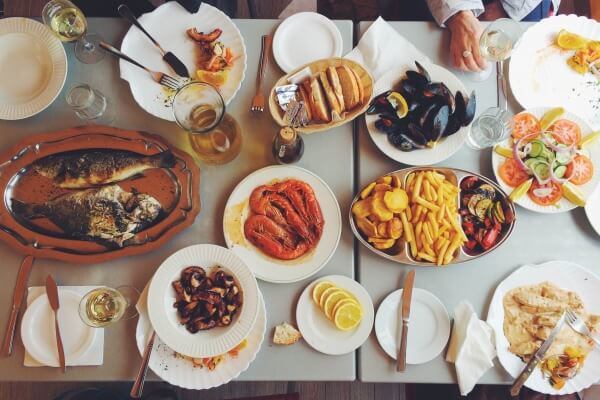 When visiting Malta, the one thing foodies everywhere really appreciate is the delightful blend of ethnic cuisines, which have made their way, over time, into what is now considered as traditionally Maltese. Consider the fact that the Maltese archipelago has been ruled by Sicily, France, Spain, Britain,and Arabs over the centuries, and you’ll understand how each ethnic cooking tradition made its way into the culture of the larger sister islands, Malta and Gozo. If you are looking for a foodie paradise, a holiday in Malta or Gozo is where you’ll find just what you are looking for.

Here is where you may find it a bit tricky if you don’t do your research well. When staying on the popular tourist island of Malta, you just may find that the menus have been amended somewhat to suit global travellers. Although you will be getting ‘authentic’ Maltese cuisine, you’ll be getting dishes prepared to suit a more contemporary palate. Yes, they are authentically Maltese in essence, but a bit of creative license also takes away something from what the locals consider to be ‘traditional.’

Where to Find the Best Sampling of Local Foods

Having said that as a prelude to typical local foods, now it’s time to find traditional dishes without knocking on a farmhouse door in Gozo requesting an invitation to dinner. Although the Maltese and Gozitans, in particular, are a friendly people who would probably ask you to join them at thetable, it wouldn’t be the thing to do outside a reality show on the BBC. So, where do you find foods that typically grace the local tables?

Perhaps you should spend a weekend in Gozo, the second largest island in the Maltese archipelago. While Malta (the island) is a popular tourist destination for the modern day upper middle classes to the elite, Gozo is more down to earth with only 9% of the total population living there. Being the second in size only to Malta, you can see that a sparsely inhabited island would be more local in nature. Yes, they cater to tourists, but in Gozo, you will find that friendliness is a way of life, not a tourist trap! As a result, the population is largely comprised of locals and that’s what you’ll find in Gozo – local cuisine.

If you want authenticity, you want local cuisine intended for the locals. You should not miss out on the traditional Gozocheeselets, the real joy of Gozitan cuisine.

Delightful Gozitan Cheeselets to Taste and Take – Home That Is!

So then, we’ve mentioned Gozitan cheeselets, but do you know what these are? Typically, they are cheeses made from goat or sheep milk and produced locally on farms scattered about the island. Modern-day production rarely ever sees cheeses cured on rooftops like in days of old, but you can still see the locals hanging their own cheeses in a reed qanniċ on rooftops if you look closely. Traditional Gozitan cheeselets to try are:

Any of these locally produced cheeses are the perfect snack with beer or wine and, of course, served with traditional Maltese rolls, called Galletti. You can find these in shops and grocery stores on Malta or Gozo if you wish, but many holidaymakers prefer to visit the producers themselves.

Hint: If you follow the link above to traditional Gozocheeselets, you’ll learn how each is made and where best to find them!

If you consider the fact that Malta and Gozo are islands in the Mediterranean, the fishing industry accounts for a huge part of local economies. Look for many dishes with the main course being fish or seafood. You really must try the localfish pie, called Lampuki Pie, and with Gozo being as rural as it is, rabbits are plentiful, so why not a big bowl of Rabbit Stew? These are foods you will find the locals eating, and why you really must try them before returning home to the UK.

Then there is the Italian influence in Bragioli, a slice of beef wrapped around a filling of olives. What would Mediterranean cuisine a la Malta be without those olives the region is famous for? Oddly, here we return to cheeselets when you try a piping hot bowl of Widow’s Soup. Always served with a Ġbejniet (small round of goat or sheep’s milk cheese), this is the perfect luncheon or early evening meal.

From bread dipped in olive oil to broad beans with plenty of fresh garlic, there are so many snacks to try and most you can’t refuse. Most bakeries, shops, and grocery stores will have these local delicacies on countertops,but the one food you can’t go home without sampling is pastizzi, a flaky pastry stuffed with mushy peas and ricotta. (Can you see the Sicilian influence throughout?)

Traditionally, meal times are important to families on Malta and Gozo, so it is suggested that you snack in the day by visiting the street food vendors but eat out in the evening where the locals dine. Stay away from the bright lights of tourist town and enter the village restaurants for authentic Maltese cuisine. The local foods alone are enough to bring anyone back to Malta and Gozo year after year after year.