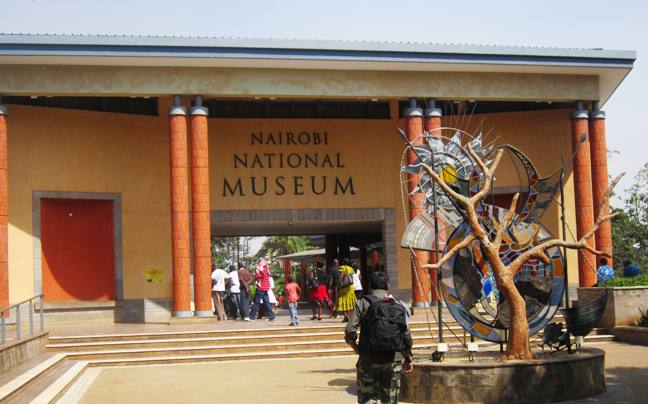 Author’s Bio: As an independent filmmaker, Anindya Chatterjee has already carved a niche for himself. His maiden film “Jhumura” has been acclaimed in Kolkata International  Film Festival.

He has got an innate inclination to fiddle with timeframe…  play with images … capture moments and stitch them in an unorthodox pattern to create some stunning medleys.

He travelled to Africa with his DSLR Camera. During his stay in Africa, he shot extensively the country life, the Wildlife, anything and everything that his lens had encountered.

ToursnFoods presents his videos as a series.

The flight I boarded from Mumbai was about to land on Jomo Kenyatta International airport at Nairobi.

The aircraft was still in the air. I was looking through the window shield. The mystic land of Africa was slowly and partially  getting revealed.  I was euphoric. I was getting Goosebumps.  This is the land of lions…land of big tusker and so many other wild animals. The great Migration of Wildebeests. I had read a lot about Africa. I had seen so many pictures and films. All those were about to take the shape of a reality. Every image I painted in my conscious and subconscious mind were about be animated.

Being a filmmaker, I always love to communicate via Sound & Images. I checked my bag of DSLR, to assure myself its presence. My wrist watch was declaring that I had moved to a different time zone; whereas my auto updated Smartphone displaying the perfect African time.

As far as I was concerned, for a few pulses of moments I lost my sense of time.

It was 11.30 am in the morning, as per African time. My destination was pre-set. A private six-sitter bus took us to a Five-star hotel. The Journey was of 45 minutes.

The room allotted to me had all the luxury. I took a bath and refreshed myself. The itinerary provided by my travel agent indicated that the rest of the day was free but I felt an indomitable urge of going outside and capturing the daily life of Africa through my lenses.

I rushed towards the reception. The dark beauty in the reception frustrated me.  “My Trip” was scheduled to start from the next day.

I went to the lobby to smoke a fag. I was clueless and thinking trash.

After hearing that deep voice I turned around and it took me no time to respond to that dream-call from that local taxi driver. In just 15 minutes, my first African road trip started. As that was a Sunday, our driver told that most of the destinations of Nairobi were closed.

“Then where are you taking us?” I quipped.

Nairobi National  Museum is functional on all 365 days throughout the year. Approximately 10 minutes drive from the Nairobi City centre, this museum houses celebrated collections of Kenya’s History, Anthropology, and Art& Culture.

East Africa and Uganda Natural History society needed a place to preserve their collection of various specimens. In 1910 under their supervision, this museum was initiated.  In 2005, it was thoroughly modernized and renovated. As a result of which this museum is now considered one of the finest in this category.

Once the taxi stopped in front of this museum, my filmmaking instincts got aroused. I started recording small clips with my DSLR.

After coming back to Kolkata, I couldn’t figure out what particular intentions drove me to capture such clips at that moment.

Later, I found the CD of Ali Ibrahim “Farka” Touré,  the famous African musician, lying on my desk. I bought it from Nairobi. I used one of his tracks and my clips to create a montage which I would like to share here with reader and viewer of this blog.