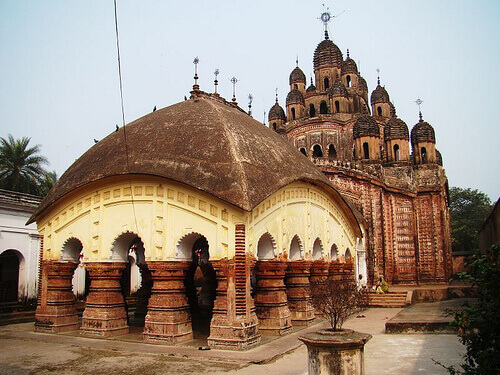 Have you ever consider the state of West Bengal as your holiday destination? If not then please think once more because West Bengal is a state which is filled with numerous stunning tourist spots ranging from great Himalayan destinations to calm and quite sea beaches of Bay-of-Bengal. Now, I am going to tell you about a place which has immense potential to compete with other famous temple cities but it is yet unexplored. The place is Ambika Kalna in West Bengal.

The place is situated on the banks of Bhagirathi River in Bardhaman district. The town ‘Kalna’ is named after Goddess Kali or Maa Ambika.

Built in the typical aatchala style, it departs from the Bengal style and is similar to Rekhadeul, a special characteristic of Orissa. The temple is designed by Ramhori Mistry and is one of the best terracotta structures in Bengal.

The most striking of Kalna temple is the 108 Shiva temples. Maharaja Tejachandra supervised the construction of the temples to celebrate the handover of ownership of the Bishnupur royal estate.

There are numerous hotels and dharmashalas in the town that suits your pocket. One can also choose to stay at the PWD guest house. It is better to book room in advance.

There are several restaurants to offer good quality Indian and Chinese cuisine. 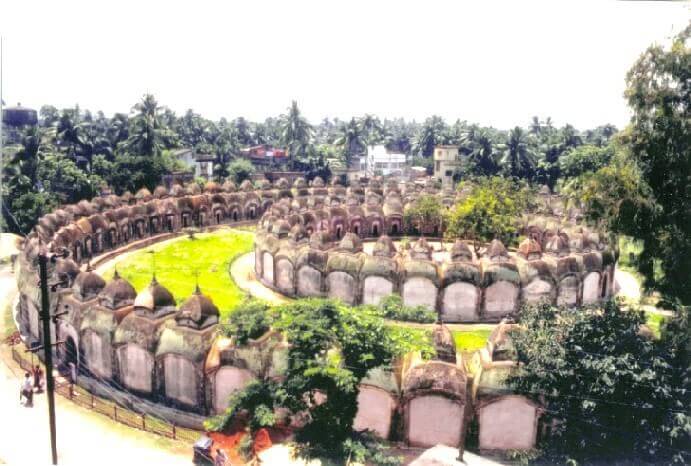 The temple is also known as the Navakailasha temple. The complex was built in 1809. It is the second Shiv Temple in India; the first was located in Bardhaman. There are 108 Shiva lingas in the temple; the outer circle has 75 temples and the inner circle has 35 temples.

Lalji Temple was built in 1739 by Braja Kishori Devi, the wife of Maharaja Jagat Ram. The temple has a bright yellow Garuda with chilly green wings faces the core divinities, Radha and Krishna. Small panels surround the base of the temple portray scenes from the Puranas. The temple is devoted to Shri Radhika and Shri Krishna and is situated in West Bengal. In front of the temple is a Natmandir means a dancing hall. 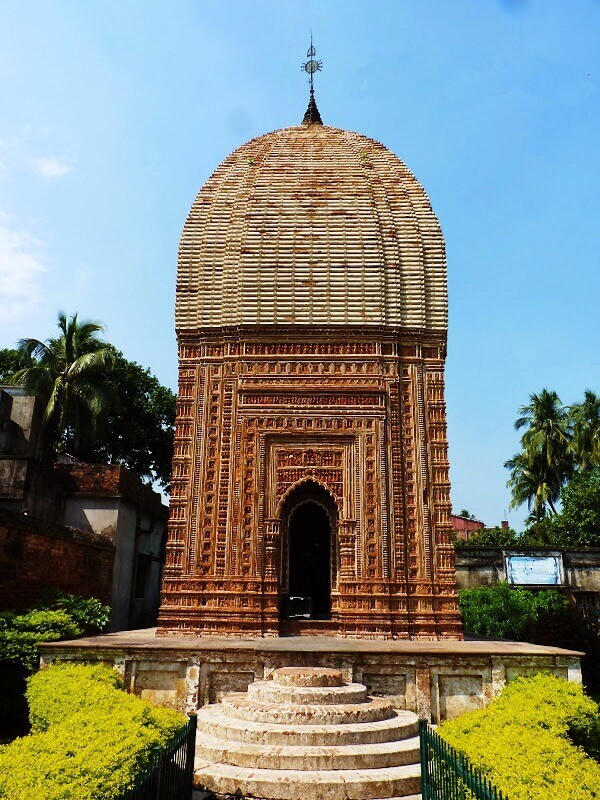 It is named after King Pratap Chand and was constructed in 1849 in the‘rekh-deul’ style of temple architecture; the temple has rich terracotta decoration. It contains terracotta inscriptions showing themes of Hindu epic, mythical life of Sree Chaitanya, pictures of Durga and Ravana and numerous facets of daily life.

Pratapeshwar Temple opens now from January to December: Open all days 07:00 am to 06:00 pm