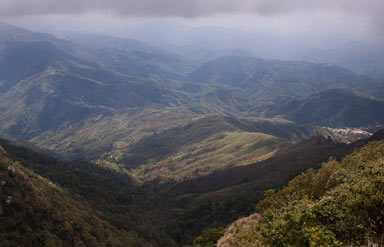 Winter is now at its full glory. Everybody in India is enjoying the shortest span of winter now and on the eve of makar Sankranti let’s plan for some short trip. Here are some of the best places to visit during the month of January in India.

Kalimpong is a true hidden gem of the east, which is only popular among travel fanatics a place to visit in January in India. It is a pleasure to your eyes to see river Tista and its beautiful valley while curling up under a heavy woolen blanket from your cozy room.

The Galinka and Crockety bungalows from the British regime which are excellent examples of colonial architecture can be your accommodation for the best facilities and experience. In spite of the extremely chilly and frosty days, January can offer a panoramic view of the snow-capped mountains which is worth the cold.

Phwangpui is a lesser-known beautiful place at the height of about 2150 metres in Mizoram. Also known to as the Blue Mountain, Phwangpui is much popular among the locals for its folklore and local stories of a local idol, ‘Sangau’. It is also the most beautiful natural spot where flora and fauna flourish.

Diu is popular among the travel enthusiasts as the “Isle of Calm” in Portuguese. It is a place mostly visited by those who want to have a distressing time far away from the city-hazels. That’s why it is not very crowded till now.The Portuguese influence can be found in the architecture, food and even the culture of Diu. There are many historic forts, churches and temples that can be visited during your Diu stay. It is one of the best places to visit in January in India.

Khajuraho is one of the most noteworthy contributions of the Indian civilisation at the international scale. The prime point of this place is the sensibility and maximum sensitivity towards the human body. Khajuraho is a UNESCO World Heritage Site. It is popular for its representation of acceptance of diversity among Hinduism and Jainism as religions, through the unified temple complexes and for its sophisticated carvings on all the temple walls.

The temperatures around this time lie between 9-25 degrees Celsius, an ideal place to visit in January in India.