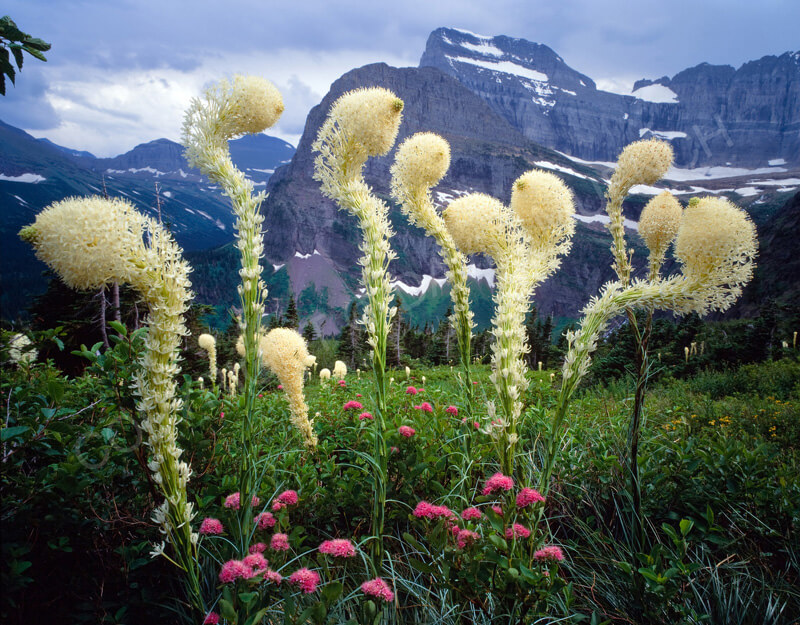 Glacier National Park is situated in the U.S. state Montana. The park covers approximately 1 million acres area and includes parts of two mountain ranges (sub-ranges of the Rocky Mountains), more than 130 lakes, more than 1,000 different species of plants, and hundreds of species of animals.

Glacier National Park is taken care by the National Park Service, with its headquarters in West Glacier, Montana. A little less than 2 million visitors annually visit this national park in USA.

Glacier National Park is surrounded by mountains which were carved into present shapes by the huge glaciers of the last ice age. However, over the period of last 12,000 years these glaciers have mostly vanished.

A total of 1,132 species of plants have been identified parkwide.The especially conferees forest is home to various species of trees like the Engelmann spruce, Douglas fir, subalpine fir, limber pine and western larch, which is a deciduous conifer, producing cones but losing its needles each fall. Cottonwood and aspen are the more common deciduous trees and are found at lower elevations, usually along lakes and streams.

Virtually all the historically known plant and animal species, with the exception of the bison and woodland caribou, are still present, providing biologists with an intact ecosystem for plant and animal research. Two threatened species of mammals, the grizzly bear and the Canadian lynx, are found in the park.

Forest fires were viewed for many decades as a threat to protected areas such as forests and parks. As a better understanding of fire ecology developed after the 1960s, forest fires were understood to be a natural part of the ecosystem.