Do you agree that India is a vast country filled with diversity? I know, all of you are more than sure about this fact. But do you ever think that it is also one of the most mysterious countries of the world. In India, we have encountered several mysteries some which were solved in due courses and some remain unsolved. Here, I am going to tell you about some of these unsolved mysteries of India that will startle you.

The Village Of Twins 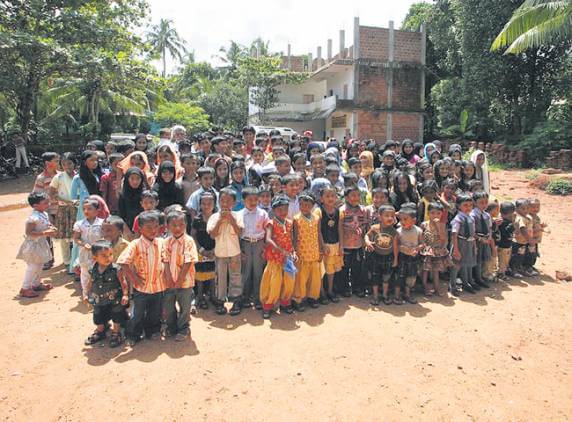 It is a distant village of Kodinhi located in Kerala and it holds a secret. The village is famous for the abnormal number of twins born there. Kodinhi has around 2,000 families and there are officially 250 sets of twins registered there.

It is also strange news that the number of twins born in the village is increasing every year, and the reason is unknown. Until investigators found out the reason, the Village of Twins remains one of the strangest interests of perhaps the most mysterious village in the world.

December 18, 2012, the people of Jodhpur heard a sudden, deafening boom and got frightened. It appeared to come out of nowhere, roaring in the sky like the sonic bang due to airplane breaking the speed of sound. However, it was more violent like a huge explosion. The citizens soon discovered that no airplanes had been flying over the city and no explosions had taken place. The source of the “Jodhpur boom” was an unsolved mystery till date.

Taj Mahal, one of the modern wonders is a signature of true love, or was it?

According to some theories proposed by New Delhi professor P.N. Oak, Taj Mahal was never the architectural epithet of eternal love as it is stated in the history. In its place, some evidence advises that the building was build 300 years earlier than its inauguration date. Professor P.N. Oak suggests that it is basically an ancient Hindu temple known as Tejo Mahalaya dedicated to the Lord Shiva. If true, then the story of eternal love will fall to the ground.

It will remain an unsolved mystery until the Indian government agrees to open the taped up rooms so they can be thoroughly investigated by specialists.

The Immortal Beings of the Himalayas

Mountains are considered as the natural homes to divine and immortal beings. It is no wonder that the mightiest mountain range, the Himalayas, is also murmuring mysterious beings hidden in the valleys of the mountains.

One widespread legend among the practitioners of various modern soul-searching methods is Gyanganj. It is said to be an primeval Indian and Tibetan tale of a city-kingdom of mysterious eternal beings that are hiding from the world. It is said that Gyanganj is artfully cloaked or even existing in a completely different plane of realism so that it can’t be discovered by modern mapping techniques or satellites.