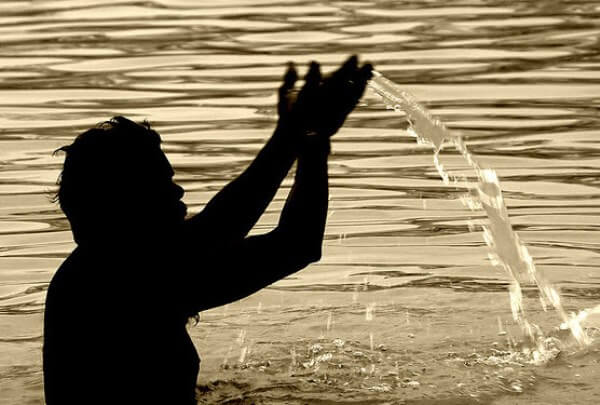 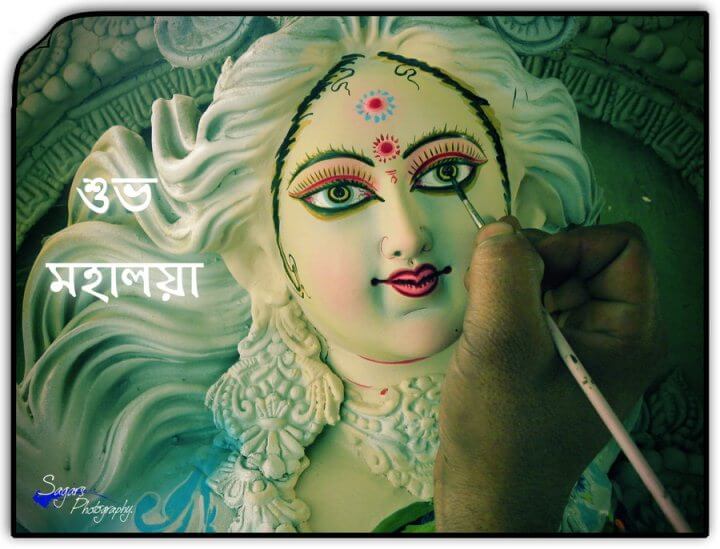 Today is Mahalaya, an auspicious day. This day depicts the beginning of “Devi Pakhsha”. This is the day, when we people send invitation to Goddess Durga, the Goddess of supreme power to descend on earth through the chanting of mantras and singing devotional songs.

The Story of Goddess Durga

The story of Devi Durga is about domination of the evil Mahisasura by the Goddess of supreme power Durga. The story tells the growing cruelty of the demon king Mahisasura against the Gods. When the autocracy became intolerable the Gods pleaded with Vishnu to defeat the demon. The Trinity of Brahma, Vishnu and Maheswara join together to create a powerful female Goddess with ten arms – Goddess Durga or ‘Mahamaya’, the Mother of the Universe who symbolizes the basic source of all power.

The Gods then donate upon this Supreme Goddess their individual blessings and weapons. The goddess rides a lion to battle with the Mahisasura armed like a warrior. After a violent combat Devi Durga is able to kill the ‘Asura’ king with her power. Heaven and earth is delighted to see her victory.

The Radio Program of Mahalaya

Since the early 1930s, the day of Mahalaya has come to join itself with an early morning radio program named “Mahisasura Mardini”.This All India Radio (AIR) program is a musical audio montage of recitation from the holy verses of “Chandi Kavya”, Bengali devotional songs, classical music and a splash of acoustic play. Now a day, this program has almost become synonymous with Mahalaya.

For approximately six decades now, the whole of Bengal rises up in the pre-dawn hours 4 am to tune in to the “Mahisasura Mardini” broadcast on this auspicious day.

One man who’ll always be remembered for creating this magical Mahalaya program is Birendra Krishna Bhadra, the magical voice behind the “Mahisasura Mardini.” The legendary narrator narrates the holy verses and voices the story of the descent of Durga to earth, in his unique style.