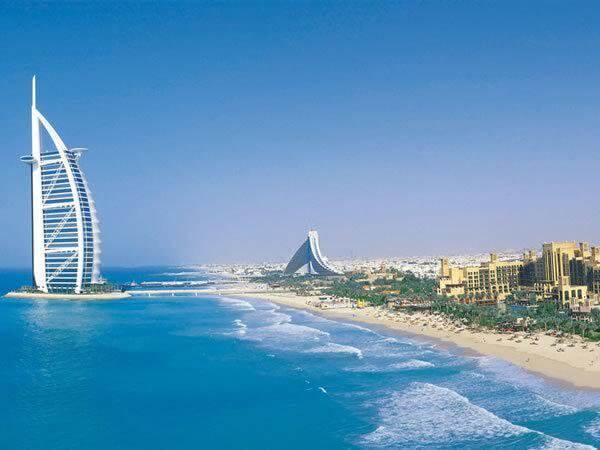 Dubai’s multicultural scene makes it one of the world’s best gastronomic destinations. Its cultural dynamism is expressed through the city’s diverse culinary landscape. And despite being naturally deeply rooted in Emirati history, the Emirati food scene makes up only a fraction of the culinary scene.

With plenty of intriguing dishes available, Dubai serves up some of the most adventurous and accomplished takes on culinary favorites that dot the global food scene.

Indeed, one of the best ways to experience everything Dubai has to offer is to sample a bit of everything from the city’s culinary menu.

Come with us on this gastronomic tour, courtesy of a luxury hotel in Dubai, and sample seven must-try one-of-a-kind dishes Dubai has to offer.

Colloquially, manousheh is considered a type of local pizza, which is quite the misnomer. It is actually a staple of traditional Lebanese breakfasts. Often served in neighborhood bakeries throughout Lebanon, manousheh has become a favorite among Dubai’s diverse customer base.

Made from flatbread and served with vegetable or meat toppings, and with generous dollops of labneh, a Middle Eastern tangy yogurt, manousheh is traditionally enjoyed as a meal to go. A favored though simple version of this delicacy is the cheese-flavored one that everyone can’t seem to get enough of.

There may be different versions of this delectable lamb dish depending on the geographical locality, but the result remains the same. Mutton achar handi is a mouth-watering, full-bodied dish packed with generous spices and fresh green chili that immediately awakens your senses and leaves you wanting seconds. Mutton achar handi is best served with naan so that every morsel and every drop can be thoroughly enjoyed.

As a key part of the UAE’s rich heritage, it should come as no surprise to many that camels are employed as more than just transport and racing steeds.

Dubai is home to some of the world’s finest camel dishes and treats. Contemporary camel dishes include juicy camel sliders, stuffed camel, and pizzas garnished with camel meat. Camel milk is also a prized ingredient in Dubai’s culinary scene, being used in coffee, cakes, ice cream, and chocolate.

Arguably one of the most consumed dishes across the UAE, shawarma is the name given to the thinly sliced cuts of meat often served in a pita or flatbread, and garnished with a variety of ingredients.

Many countries in the Middle East and abroad celebrate this mouth-watering dish, from Israel to Lebanon and Turkey. With succulent, slow-roasted and spiced meats such as chicken, goat, lamb, and beef taking center stage in this celebrated dish, it’s easy to see why shawarma is one of Dubai’s most consumed dishes.

Considered by some countries in the Gulf region as their national dish, machboos is a celebration of meat and rice, both collectively coming together to create a truly memorable Middle Eastern dish. Also referred to as kabsa, spices play an integral role in this flavorful, savory dish. Several variations of this dish do exist according to country and locality, but this simply makes machboos that much more varied and enjoyable.

Shakshouka originates from the Arabic word “shakshek,” meaning to shake. A Gulf breakfast favorite, shakshouka is a piquant tasting dish traditionally made with spicy, aromatic tomatoes and baked eggs. Variations exist according to the country of origin such as the addition of feta cheese, but undoubtedly, shakshouka is one breakfast dish ready to feed a hungry crowd.

A favorite snack during the holy month of Ramadan, luqaimat features crunchy, deep-fried dumplings soaked in a lip-smackingly sweet date syrup known as dibbs or honey. A traditional Emirati dessert, luqaimat is equal parts salty and sweet, yet pleasantly soft on the inside. The traditional recipe calls for butter, milk, sugar, flour, saffron, and cardamom, but variations do exist.

Dubai may be celebrated for its striking architecture or its world-class amenities, but anyone who has resided or visited this oasis in the desert will undoubtedly tell you that one of the best things about Dubai is its gastronomic scene. With plenty of culinary options to choose from, a legion of vibrant dishes awaits in this cosmopolitan capital.