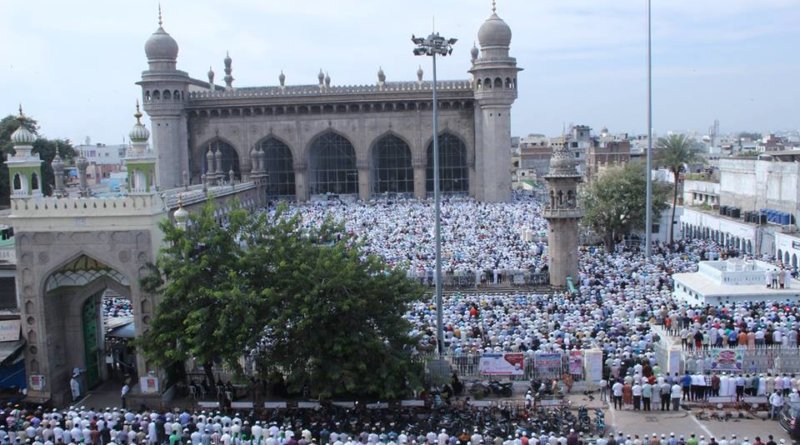 One of the Five Pillars of Islam is going for the Hajj or a pilgrimage to Makkah. For the faithful, it is an opportunity to explore the holiest, most blessed city in Islam and, at the same time, strengthen their faith and trust in Allah.

If you are already planning for Hajj, you need to give it time and ensure you make your itinerary count as your visit to Makkah won’t be complete without exploring the city and everything it has to offer, especially if you will be travelling from far away.

Aside from going through the ritual of Hajj and knowing where to stay in Makkah, here are other places worth discovering during your visit to this holy place:

The Makkah Museum, formerly the Al Zahir Palace, has a vast collection of images of the country’s most significant archaeological discoveries and exhibits on pre-Islamic history. It offers visitors an enlightening overview of the city’s cultural heritage as well.

The museum is home to an interesting presentation which follows the history of Islamic calligraphy with reference to Arabic fonts and samples of inscriptions found from archaeological digs. There is also a hall that features traditional Islamic art.

Other artefacts worth seeing here are the stairs to the Ka’aba and the ancient covering of the Black Stone dated during the time of the Ottoman Sultan Othman.

The Makkah Museum is only 10 minutes away from the main mosque.

The Birthplace of the Prophet

This blessed place is considered one of the last relics from the Prophet Muhammad’s life in Makkah.

During the era of King Abdul Aziz, the birthplace of the Prophet was converted from a masjid into a library. It is home to hundreds of books and is now a popular destination for both local and visiting knowledge seekers.

The Birthplace of the Prophet is only a short distance away from the Holy Mosque.

The Well of Zamzam

A pilgrimage to Makkah is not complete without sampling the miraculous water from the Zamzam Well.

Prominent Arab historians say that the Zamzam Well has been used for about 4,000 years, except during brief periods when it became dry or was buried under sand. Because of this, the well is considered a living miracle.

Zamzam originates from the phrase ZomëZomë meaning “stop flowing.” The Zamzam well was revealed to Hajar, wife of Abraham, when she and Ishmael were left in the middle of the desert.

Hajar searched the hills between Safa and Marwah to look for water for her son who was dying of thirst. A spring suddenly issued forth under the land when he started scraping the ground with his feet. Hajar then enclosed the spring with sand and stones.

The Well of Zamzam is located approximately two metres east of the Ka’aba. It recently underwent a renovation to make the area more appealing and friendly for travellers and ensure a steady flow of water.

Qasr As-Saqqaf is one of the oldest buildings in Makkah. Its exquisite architectural design and unique Islamic motifs make it one of the best places to visit in Makkah.

This two-storey palace was the centre of government during the reign of King Abdul Aziz. Later on, it became the headquarters of the Makkah governorate and Muslim World League.

This historic building can be found at the Al-Ma’abda quarter on Al-Abtah Street.

Jabar Al-Noor: The Mountain of Light

Also known as the “Mountain of Light,” Jabar Al-Noor (Noor Mountain), is a sacred mountain in Islam since this is where the Prophet received the first revelations of the Holy Quran during Ramadan in 610 CE.

Ghar Hira, or the Hira Cave, can also be found in the Jabar Al-Noor. This is the cave where the Prophet Muhammad used to meditate in before he became a prophet.

Jabar Al-Noor is about 5,000 metres (5 kilometres) northeast of the Grand Mosque in Makkah.

Ghar al-Thawr: The Cave of Hope and Faith

Mount Thawr is one of the mountains bordering Makkah. The mountain is where Thawr Cave is located – the cave where the Prophet Muhammad and his companion Abu Bakr Siddiq hid for three days from their pursuers. Allah sent a spider to spin a web at the cave’s entrance to stop their enemies from finding them.

To this day, Thawr Cave remains a symbol of faith and hope to all devotees.

The mall has numerous shops ranging from high-end to popular and local brands. It is a place where anyone can splurge on the latest fashion, shoes, jewellery, and souvenirs to take home.

The top two floors of the mall houses foods courts and restaurants where everyone can have their pick of the most scrumptious international and local cuisines.

The Abraj Al-Bait Towers is within walking distance from the Haram Mosque.

For anyone visiting this most sacred of cities, it is best to stay at a hotel that offers a Makkah city tour. With this service, exploring Makkah would be easier, more convenient, and more memorable.

Mohammed Ghanem is the General Manager of Shaza Hotel in the Makkah Governorate in Saudi Arabia. His newly opened 5-star hotel offers the best of both worlds: intimate serenity and exclusive city tours covering all the places listed above and more.