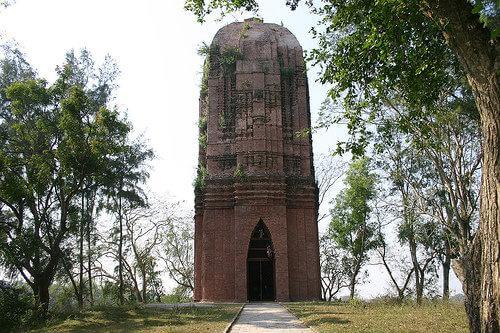 All of us know about Sundarban. It is the largest delta of the world, home of the fiercely beautiful Royal Bengal Tiger, it is the land of Mangroves. These are all famous and most common facts. The fact which is unknown about the place is it is also the land of many ancient Hindu temples which are of culturally rich heritage. One of such temple is Jotar Deul

Jotar Deul is an ancient temple of Lord Shiva, built during the reign of King Jayachandra of Pal dynasty. The temple was built with bricks and is an example of the architectural glory from the past. The Temple has many sculptures of the Gods and Goddesses of Hindu religion. Watch the video here: