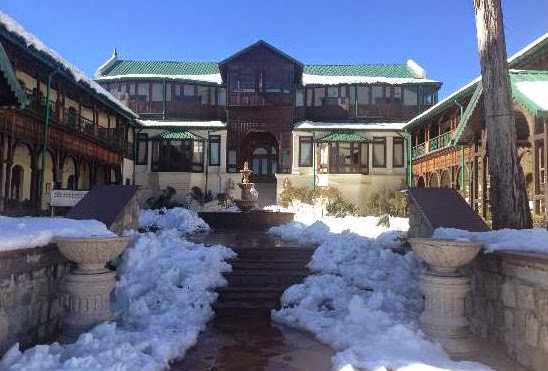 The Sun is brighter than never before. Every corner of our surrounding is burning.  All of us badly need a cold break from this skin biting heat. Are you planning to visit a hill station currently? Why not? This is the coolest idea at present. Everybody wants to retreat from this heat to a cold place for relaxing a while. If you are also thinking in the same way then why not give your cold retreat a little twist? Here are 3 most cool haunted places in India. Check this out in this summer and feel the chill.

Dow hill is one of the most beautiful hills of Darjeeling. Can you imagine that this is also the most haunted place of the state?  In reality, Dow Hill is a calm and quiet hill station surrounded by the picturesque mountain range, forests, tea gardens and tea factories. There are still two of the most famous old schools Victoria Boys and Dow Hill Girls open till date. But the place is also famous for its ghost stories. Actually, the forest of Dow hill is notorious for murders and suicides. According to the tales of the local people, many of them heard voices in the forest; saw a woman in a white dress and with red eyes glaring at the visitors. The scariest of all the stories are the story of the little headless boy; many had seen him roaming around the forest and school corridor. However, till date no fatality is reported from the outer world peoples.

There are lots of private and the government running hotels in Kurseong where you can stay and enjoy the beauty of this hill station. Some of them are Cochrane Place, Kurseong Tourist lodge, etc.

Shimla- the famous hill station is also celebrated for its numerous scary stories. One of such scary stories revolves around the Tunnel no. 33 of Shimla. Tunnel no.33 or Barog tunnel is the longest tunnel of the Kalka- Shimla railway track.

Colonel Barog was a well-known English railway engineer at the time of building this tunnel in the year 1898. In order to meet the strict deadline for completion of the tunnel Barog ordered the labors to dig the hill from both ends guessing that they will meet at the center. But his calculation went wrong and the plan failed. The annoyed British government charged him with one rupee which was insulting to that sincere man. One day, while walking with his lone friend, his pet dog Barog committed suicide near the tunnel. After the completion of the tunnel, it was named after him giving him his desired respect. But till date it is believed that he never left this place. Many people heard his voice inside the tunnel chatting with people. Some saw him coming out of the tunnel on the back of his horse and roaming around.  But Colonel Barog is a friendly spirit and never harms people.

You can enjoy your Shimla stay in many private hotels and lodges with every modern amenity.

Queen of the Indian hill stations, Mussoorie can’t also get rid of ghosts. The beautiful hill station is designed with numerous scenic villas and hotels.  One of such hotel is Savoy Hotel. It is an old hotel established in British Period. The hotel is believed to be the home of Lady Garnet who was poisoned here during the British era. Till date, Lady Garnet haunts this place in search of her murderer. Her story was depicted in “The Mysterious Affair at Styles” by Agatha Christie and “In a Crystal Ball- A Mussoorie Mystery” by Ruskin Bond.

Other than Savoy, the top 3 hotels in Mussoorie are Royal Orchid Fort Resort, Mussoorie, Hotel Padmini Nivas and The Amber – Vermont Estate.