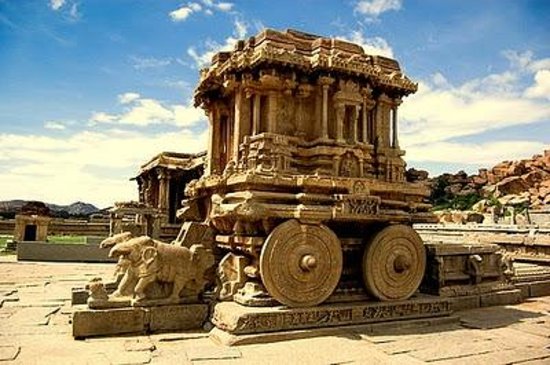 Long, long ago, they existed. Suddenly, one day, a magician waved his wand and the whole city had gone with the wind. Throughout the world, the basic story of the legendary lost cities is same; the only difference lays in the reason of their destruction the type of wand used by the great magician. Sometimes that was natural calamities; sometimes that was a fierce battle fought between two clans; sometimes some other; but the outcome is same. A whole city; densely populated vanished without any traces. Only to be rediscovered thousands of years later by the descendants of the inhabitants.  Here, in this article we will check out two such legendary lost cities.

It existed as a sign of prosperity of the ancient Rome. The city of Pompeii was most commonly used as the prime vacation spot of the upper-class Roman Society. Once, in its glorious time, the city had a population of 20,000.

Suddenly, one day in AD 79, it moved under 60 feet of ash and rock due to the eruption of the nearby volcano Vesuvius. The buried ruins stood there for 1,700 years when some workmen building a palace for the King of Naples accidentally rediscovered it in 1748.

Since then Pompeii has been one of the prime interesting location of the archeologists. Ironically, the destruction caused by the Vesuvius helped realm the architecture of this great city. Numerous frescoes and sculptures helped make Pompeii a main part of modern historians’ knowledge base of the life in ancient Rome.

The incident was best described in the 1834 novel “The last days of Pompeii” written by the baron Edward Bulwer-Lytton.

This city is one of the main evidence of India’s glorious past.

The ancient city, Vijayanagara was situated on the banks of river Tungabhadra. It was the capital of Vijayanagara Empire founded by two brothers Harihara I and Bukka Raya I in the14th century. The expanded rapidly and in the 15th and 16th century it flourished most under the rule of Deva Raya and Krishna Deva Raya. During that period, it was one of the biggest cities in the world. The main reason of its prosperity was the irrigation work that started in that time. A Persian visitor Abdur Razzak said about Vijayanagara “The city of Vijayanagar is such that the pupil of the eye has never seen a place like it, and the ear of intelligence has never been informed that there existed anything to equal it in the world.”

Two legends are associated with Hampi, the central part of Vijayanagar One legend states a local Goddess, Pampa, married Virupaksha, the other name of Lord Shiva on the Hemakuta Hill and was thereafter reflected to be a personification of Parvati. From Pampa, the name Pampe or (in Kannada) Hampe is derived.

The other legend came from the Hindu epic Ramayana in which while searching for Sita, Lord Rama and his brother, Lakshmana, in the locality of the ancient capital of Kishkindha and met Hanuman on Rishyamuka Hill. Hanuman, the great devotee of Rama, is said to have born on Anjenadri Hill near the Tungabhadra River fronting Hampi. Due to this reason another name of Hanuman is Anjaneya.

Archaeology traces the proof that approves that in more recent past the city was ruled by the Chalukyas, Rashtrakutas, Hoysalas and finally the tiny kingdom of Kampili.

The city was dotted with many beautiful forts, Temples, gardens and other architecture that describes the great sense of architectural knowledge of its inhabitants.

Currently, it is a UNESCO World Heritage site. But the irony is constant vehicle pollution caused by the modern visitors harms many of its legendary sites. Due to this problem this site is currently an “endangered world heritage site”.