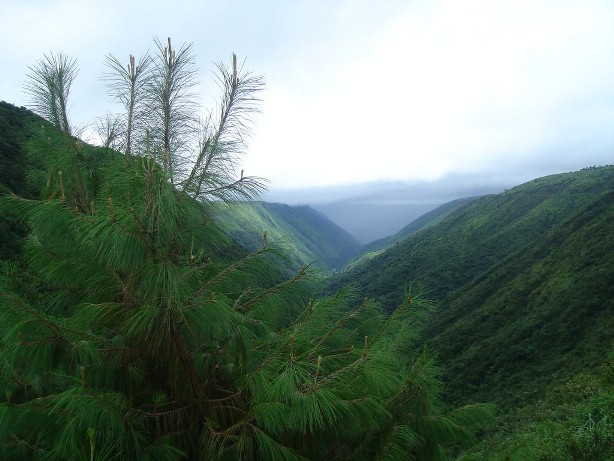 Believe it or not, there are more places on earth which are stranger than fictions. Due to the blessings of the internet we are now familiar with many bizarre incidents or objects; not many, rather I’d say most of them. But have you ever think how bizarre a place can be? We are aware of the fact that the world is filled with extremes and here in this article we’ll review two such extremes of our planet. One is the hardest to reach the destination and the other is the wettest place on earth. Let’s go.

Teahouse on the top of Mount Huashan

Mount Huashan is in Huayin, a part of the Shaanxi province in China. The nearest city of this mountain is Xi’an, 120 kilometers away from it. The teahouse on the top of the mountain is at the southern side of the mountain located at an altitude of 2,160 meters.

Those of you read the story so far may think what is bizarre about it. Here comes the strangest part of the story- the journey to the top of this mountain. Thousands of people risked their lives every year to reach this toughest destination through the world’s most dangerous road. The road is made up of wobbly stairs and paths with floorboards nailed on the mountain walls where you have to keep your balance by holding the chains attached to the walls. While viewed on a map this chain looks like a flower.

However, the teahouse on the top is worth all these difficulties.  It is a must see place for the people who have an adventure in their veins as this is the place which guarantees a rush of adrenaline. To reach the top you have to first climb numerous huge stairs commonly termed as “The heavenly stairs”, because the first impression is that the stairs lead to the heaven. It is impossible to see the end of the stairs. There are houses and small villages by the side of this road. After passing the stairs, a gondola will take one to the teahouse.

Though it seems difficult, but these staircases are the easiest part of the journey. When you arrive the southern part the world’s most dangerous route awaits for you. Here you have to cross the narrow floorboards fixed to the mountain walls.

But the teahouse on the top deserves this difficult climb. It is actually one of the Taoist temples situated on one of the five peaks of Mount Huashan. Due to its natural beauty this teahouse is visited by thousands of tourists every year.

Meghalaya is a north-east state of India and is one of the seven sister states of north eastern India. This north-east state is famous for its picturesque beauty. The state is surrounded with green mountains, vast valleys, and highland plateaus.

The Wettest Place on Earth

An average rainfall of 1200mm. made Meghalaya the wettest place on earth. The town Cherrapunji in the Khasi hill holds the world record for most rain in a calendar month while the village Mawsynram holds the record of most rain in a year.

70% area of the state is covered with dense subtropical forest. This forest is the richest botanical occupies of Asia. A small part of the Meghalaya forest area is known as “Sacred Groves” and are protected from any external exploitation. These parts are kept for some religious rituals.

Due to diverse climatic and topographic conditions, Meghalaya forests support a vast floral diversity, including a large variety of parasites, epiphytes, and more. Two of the major varieties of the tree are sal tree and teak. It is the place where you can find a living bridge made with roots of a rubber plant.

Meghalaya is also home for some rare animals and birds like the great Indian hornbill, the largest bird in Meghalaya. Other regional birds are the gray peacock pheasant, the large Indian parakeet, the common green pigeon and the blue jay.