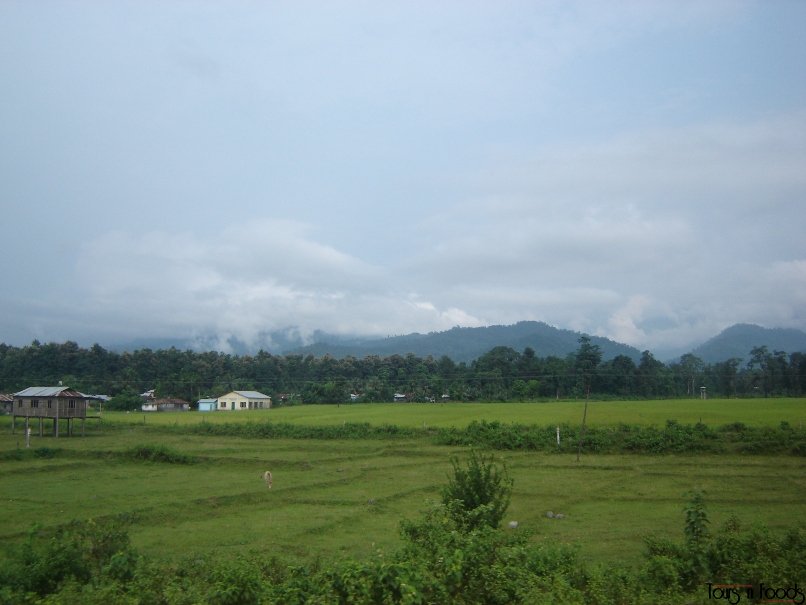 “13149 up Kanchankanya express will leave from platform number 9B” – hearing this little announcement, my heart jumped with joy and excitement.  At last we were on our way to the gateway of Dooars forest Rajabhatkhawa. At 8.30PM, our train started its journey from Sealdah Station.  Nine of us boarded the train, took our seats and began a discussion about the prospect of the tour. Discussion? Yes. All of us were doubtful about the success of the tour. Success means meeting the wild beasts on their home ground. We had heard that nature is one more point of attraction of that place; but, none of us was bothered about that fact. We were busy talking about the animals.

We ate our dinner and went to sleep. We wake up early in the morning. It was 5.40AM- we were at KisanGanj. We had our tea and that was the first time we look outside the window. The cool October breeze brushed our face. Wow! What an experience was that! 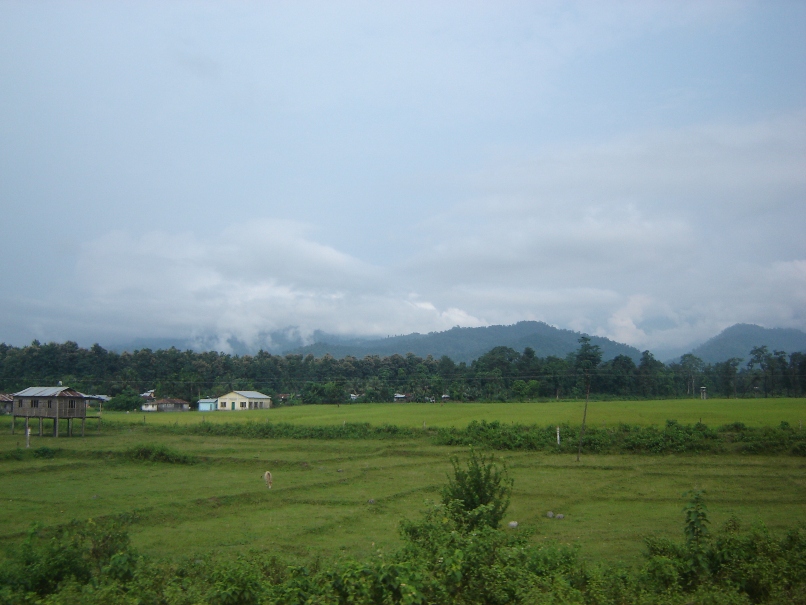 The train left New Jalpaiguri junction at 7.40AM. And now, we were moving through the Dooars forest. As most of the passengers got down at New Jalpaiguri, we all took window seats for a better view of the outside. After New Jalpaiguri, the outside scenes changed drastically. Every corner of the world was suddenly become fresh green, without a hint of dust and pollution. 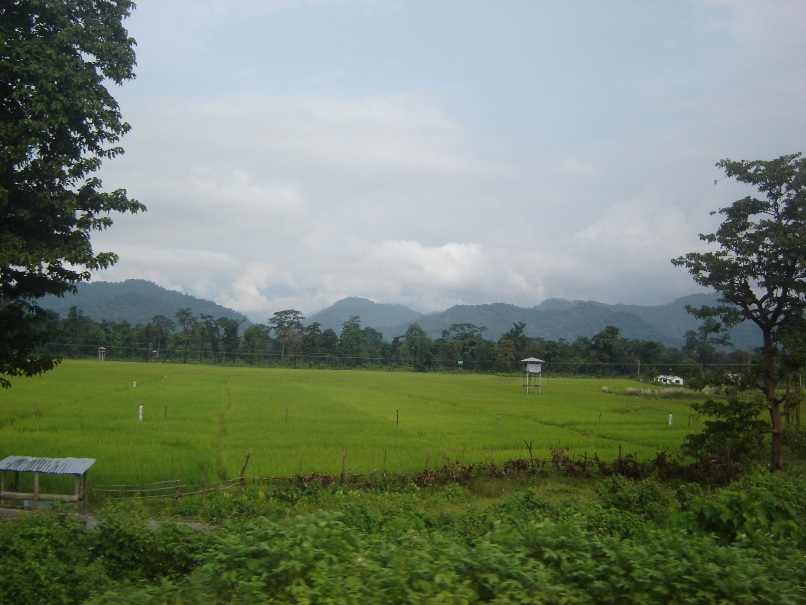 We saw a tea garden from the window of our train. It was so silent. And we felt the innocence of the nature. 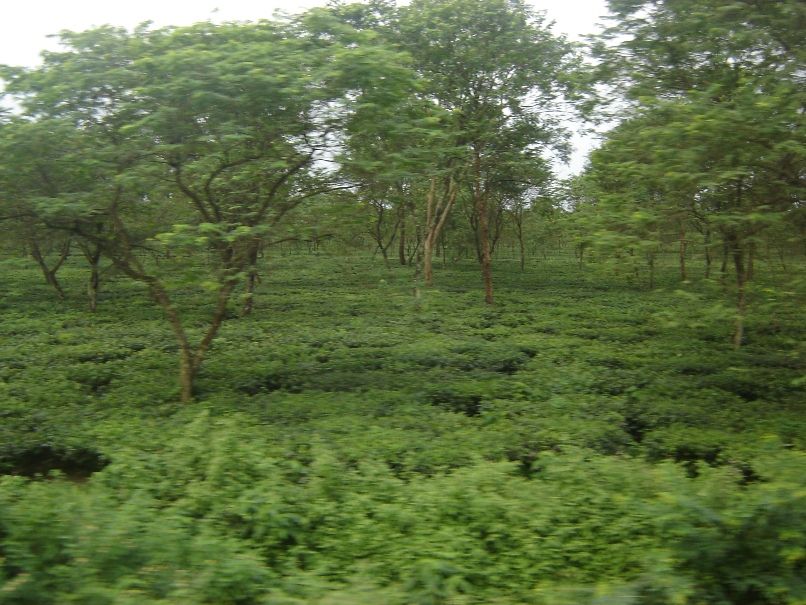 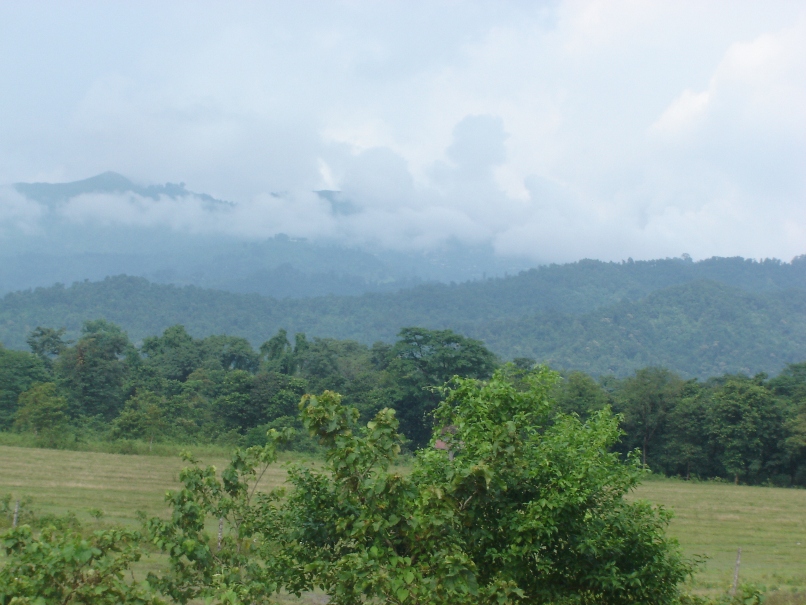 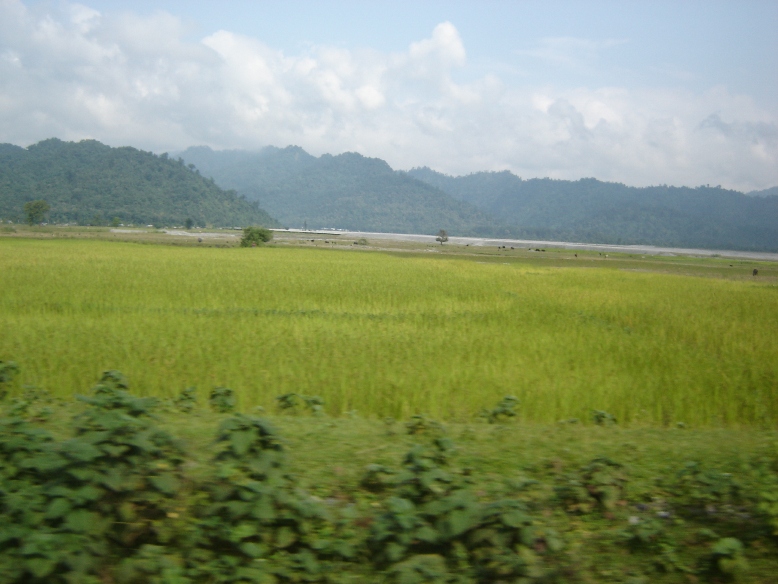 Near the end of our journey, we passed through the side of a local stream. Since it was October there was a little water in that stream; probably ankle height. But the surrounding was a real pleasure for the eyes.

After crossing the stream, the train went through the hills and forest. At 12 o’clock we reached Alipurduar. Our destination was arrived at last.

The journey from New Jalpaiguri to Alipurduar took almost 5 hours. But the strange thing was that we were not feeling tired for a moment. It was the weirdest part of this journey that after traveling for such a long time we all felt fresh- as if we just wake up from a deep, relaxing sleep. The magic potion of the nature started working on us. We all got out of the train with immense excitement. This time we all were sure- this tour was going to be different and successful from every point.