Himalaya- the great mountain possesses lots of beautiful holiday spots which are famous worldwide. Every year people from different corner of the world came to this place to enjoy its beauty and to refresh their mind and soul. But can you imagine other than these stunningly beautiful places Himalaya also host a number of mystical places that are more than enough to give you a creepy feeling? Let’s have a look: 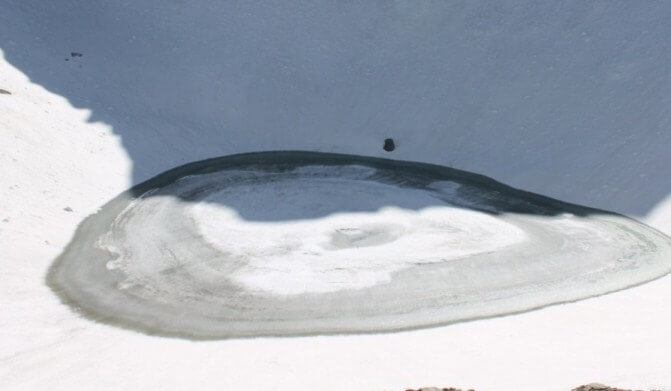 One such place is a small glacial lake named Roopkund in the state Uttarakhand. The lake is located in a remote area of steep glaciers and snow covered mountains, at an altitude of 16,499 feet. 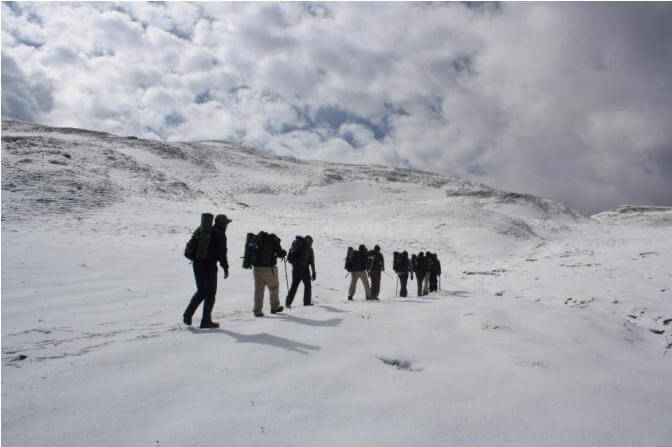 One could easily go trekking past this lake and hardly even recognize it there. Yet during the summer when the snow melts and the ice defrosts, it gained its other namesake “Skeleton Lake,” and there will be a spine chilling effect if you look down it. You can see almost 300 skeletons deep inside the lake floating in it.

The ancient skeletons are more than 1,200 years old and can be found dotted around the area and loitering at the bottom of the lake. 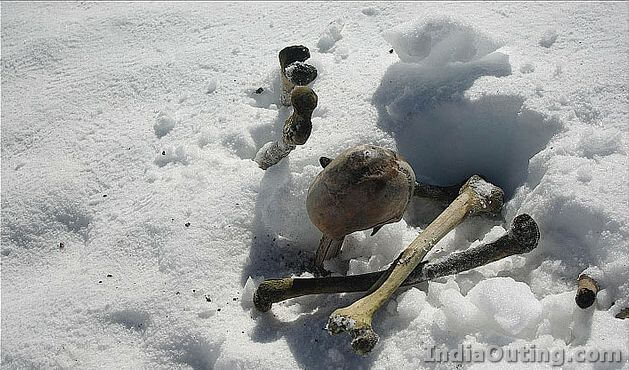 The lake was first discovered by chance in 1942 by a British ranger, who tripped across it while leading a survey. During that summer, the ranger saw the defrosted lake and went to examine it, only to make the horrifying discovery of over two hundred human skeletons lying at the bottom of the lake. 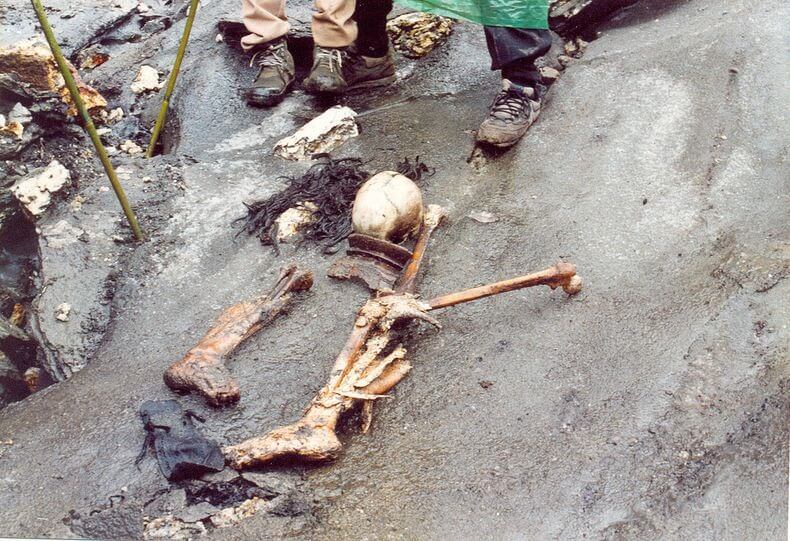 It wasn’t until 2004 that an important expedition was organized by National Geographic to try and discover more through thorough DNA testing and scientific study. The investigation discovered that the skeletons are all dated to around 850 AD, signifying they had all been from the same group and had all died together. The freezing water and icy environment had preserved the bodies for the next 1,200 years. These bodies remarkably still had hair, flesh, jewelry, and leather clothing that were startlingly in one piece. 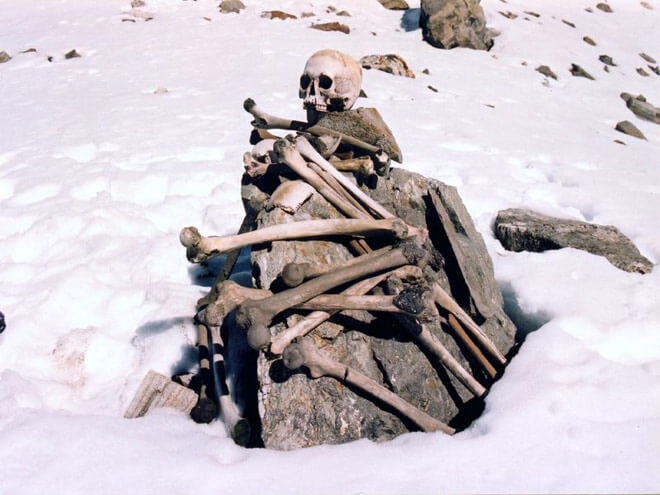 Also, DNA testing determined that there were two separate groups signified among the bones, one group of bigger people who were all related, and another distinct group of shorter local people who are considered to have been guides. Further investigation of the people’s belongings revealed that these people had all been on some pilgrimage. The cause of the death was the injuries detected in the skulls most probably through violent landslide.

In current years, Roopkund, once so covered in mystery, has become rather famous and is a fairly popular destination for trekkers. Many of these people are adventure lovers and specifically went there to see the mysterious skeletons, looking for a creepy experience.