It was middle of march. Perhaps not a perfect time to visit GOA. The weather gets hot after 10 am in the morning. But still it was better than May or June and personally I feel a bright sunny day absorbs the damp from your soul.

I was sitting in the garden area of our hotel Falcon Resort, eating and simultaneously admiring the delicious chicken sandwich. The perfect mix of chicken and mayonnaise was just melting in my mouth.

“Sir, the car has come… it is waiting outside..”

I looked up and found the waiter standing in front me with a pleasing smile.

Me, by brother and my uncle, accelerated the pace of eating. We don’t want to be late .. at least not for the sandwich.  Want to hit the road as quick as possible.

Our destination was Fort Aguada.

Goa has so much to offer to all the visiting tourists. It’s not only beautiful beaches those make Goa an attractive place but also other things like forests, hills, famous temples, and forts.

The Fort of Aguada is such a place where you find yourself standing in front of such a gigantic signature of history. momentous and significant in its appearance. 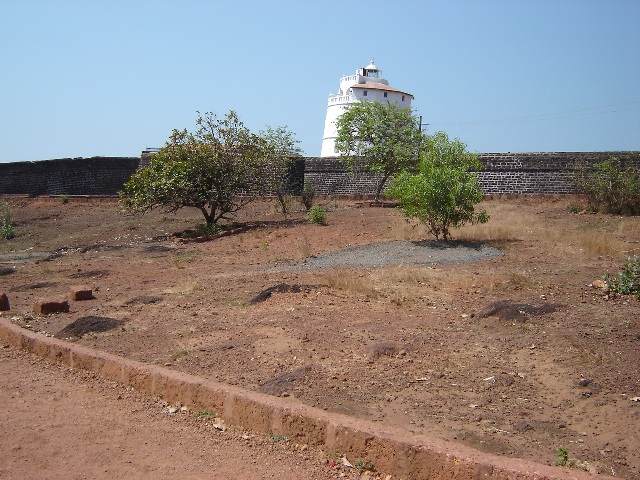 From our hotel at Calangute, it took us 20 minutes to reach there. From Punjim, it is 18 Kilometer.

The fort is situated on the sinquerim beach near the shore of Mandavi river.  It was built by The Portuguese in the year of 1612.  The Portuguese word  “Aguada” means – fresh water spring.  There was a freshwater spring within the fort. The ships which were passing by the Arabian sea used to replenish their water storage from the fort although Initially the Portuguese rulers had built this fort to foil the invasion of The Dutch and Marathas.

Our car stopped in front of the fort.  The gigantic expanse of the bastion was not only visible but could be felt also. I knew that a lot of physical exercises is required to explore the fort. History communicating to me in a graphical language. The architectural excellence was so engaging.

The most conspicuous feature of this fort is the four storied Light House, which was built in 1864 oldest of this kind in Asia. In the beginning, oil lamp was used but later in 1976 it was renovated and modernized. The mismatch in texture is evident. 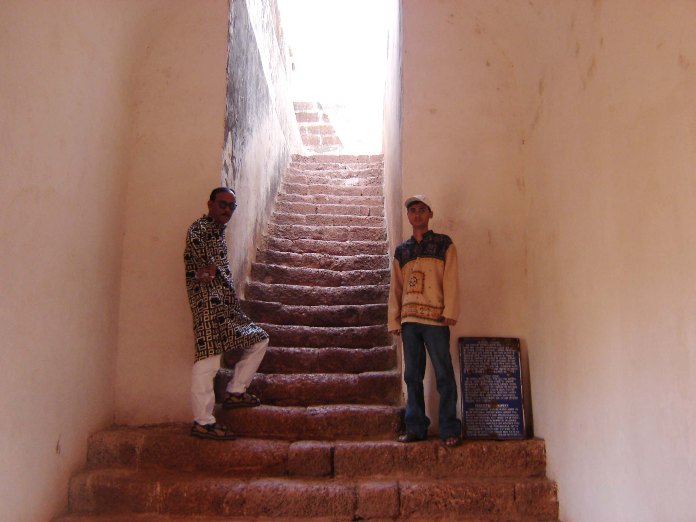 The stone steps lead to the top of the fort from where you can have astounding visuals of the Arabian sea. In spite of the sweltering heat, we were captivated by the sight of moving boats and ships. 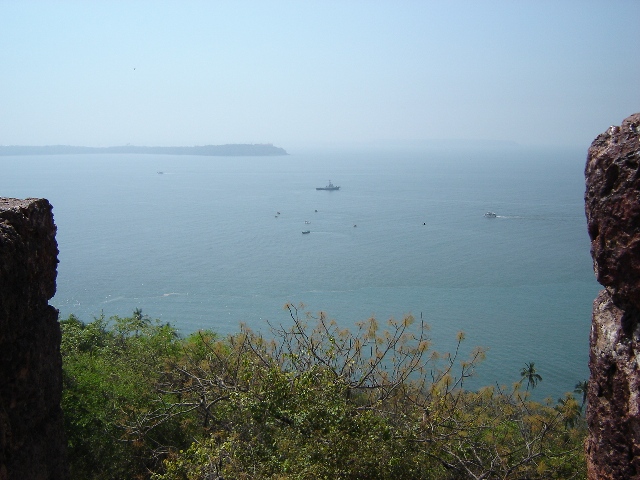 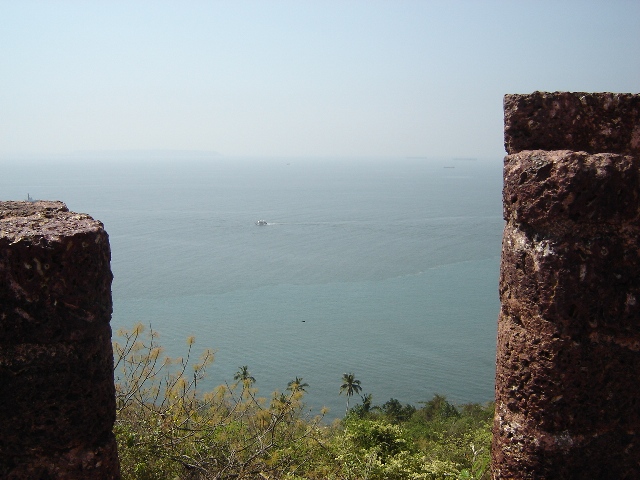 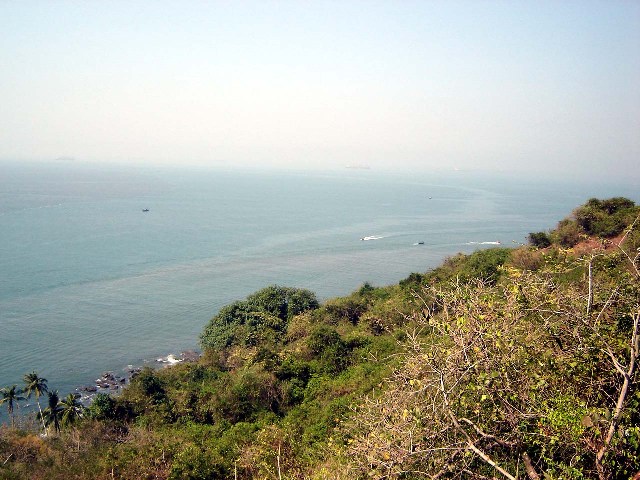 I was recollecting the scene from a famous Bollywood film DIL CHAHATA HAI  which was shot here. 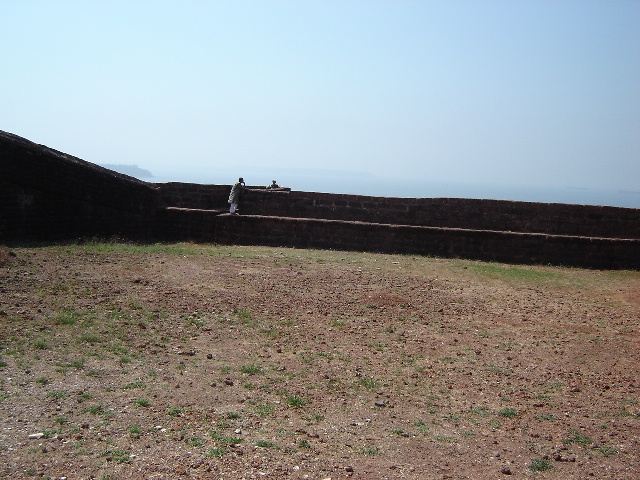 Quite naturally, the entire fort is not in good shape but the overpowering presence speaks in silence and intensifies the need to go back to the rich history of our country.