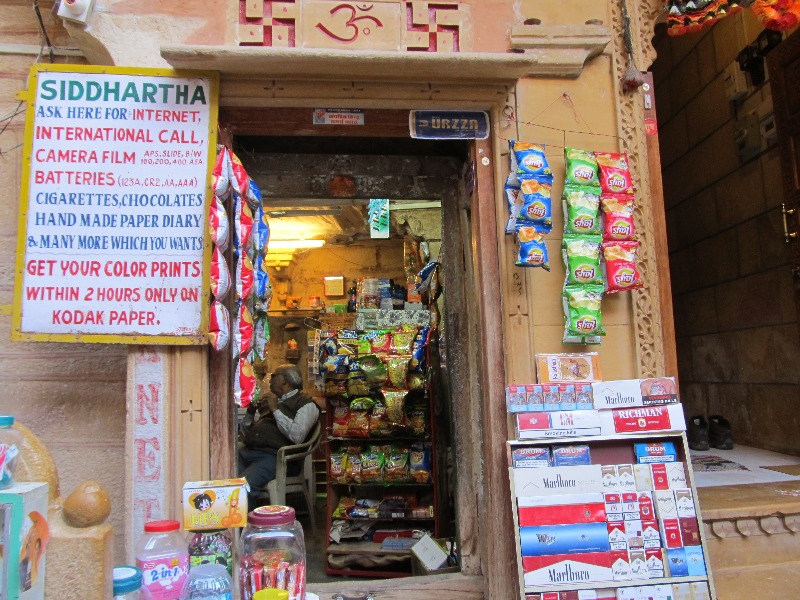 Jaisalmer- the south western Rajasthan state of western India is famous for desert. It is a state of Rajasthan which lies in the southern region of Thar Desert. Desert, when this particular word enters our ears, we all have a particular vision, a place without any traces of water, very few small bushes covered with thorns, wherever eyes go there are only sands.

We felt exactly the same as soon as we started towards Jaisalmer from Bikaner. We hired a car in the morning and set out for the Golden Fort.

On our way, a particular restaurant attracted our attention. At first glimpse, it appeared like an ancient haveli (palace), waiting for guests. Hypnotised by its spell, we got out of our car and went inside it. 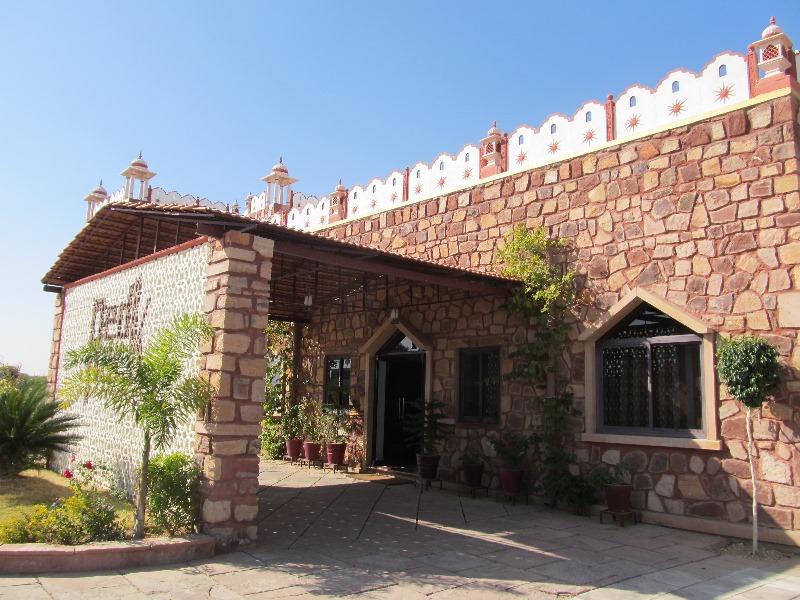 The inside of the small café was equipped with modern amenities.  In its open air eating place, we had some snacks and lassi- a local drink made of curd. There was another tourist group, who also came here for snacks and drinks. 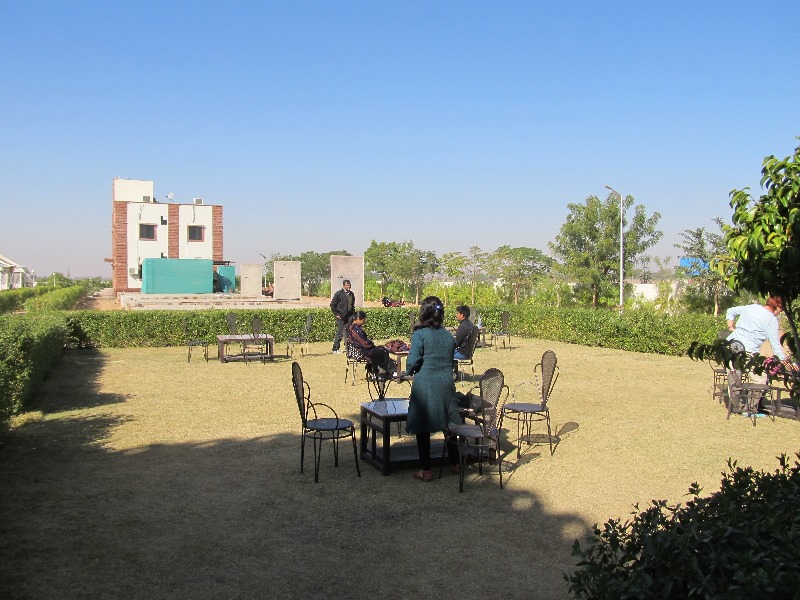 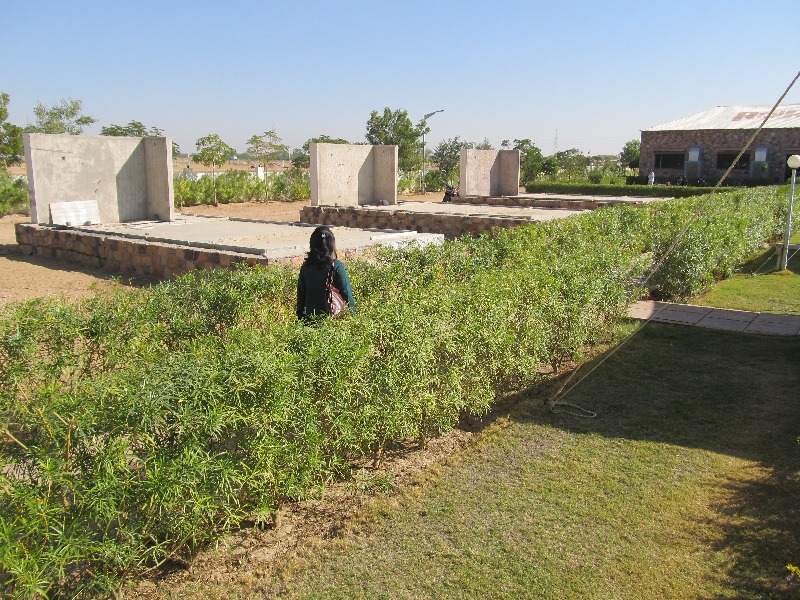 The surrounding of the café was a bit uncommon. There were tents, inside which one can take rest for a while and had their foods. 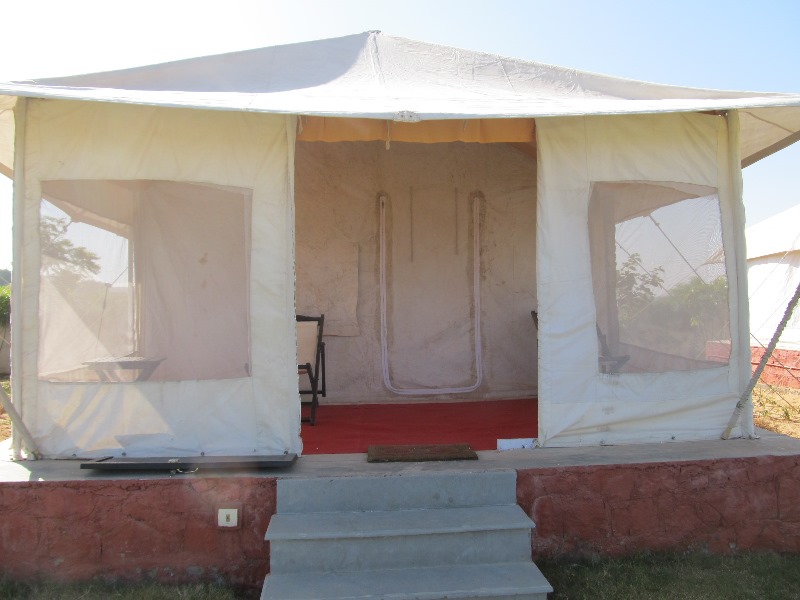 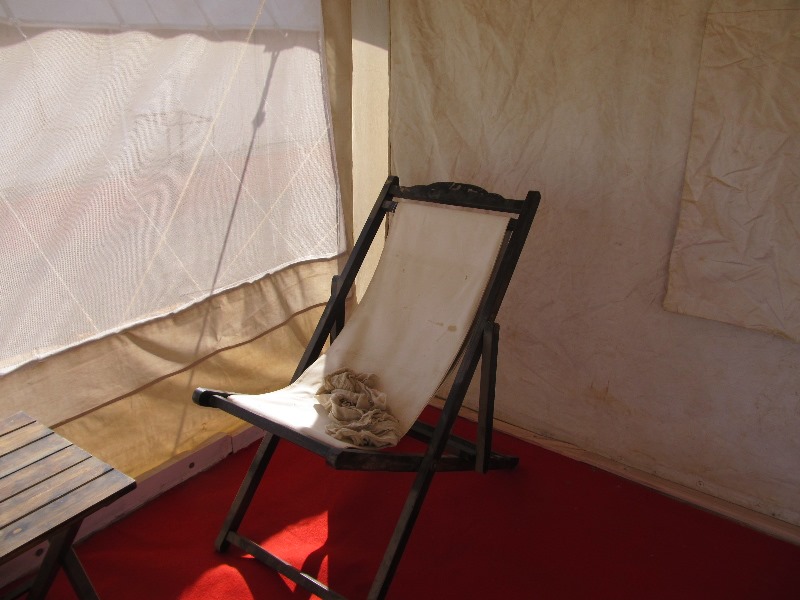 After an hour or so, we came out and started again. This time the dry and rough beauty of Aravalli hills began to open up in front of us. Nature here is rough and rugged; very few small thorny bushes were there. But still, this place had its own beauty; like a tough woman who had faced all the hardship of life. 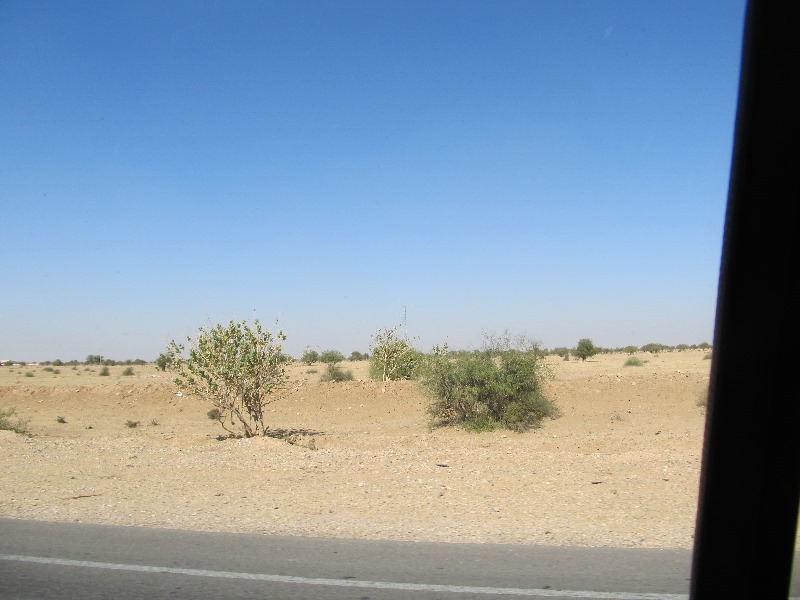 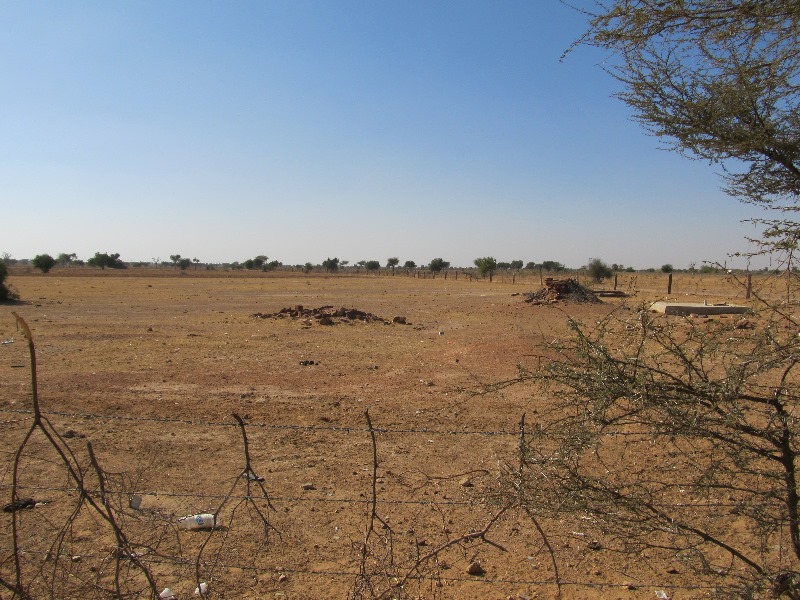 Next, we stopped in front of a local temple “Baba RamdevjikaMandir”. The temple was like the other Hindu temples; however, we were attracted by the road-side shops at the gate of this temple. Local clans were selling handicraft items there. There were famous silver and junk jewelleries of Rajasthan, a lucrative option for all the women. There were famous Rajasthani puppets. The puppets also wore same colourful dresses like the local men and women. 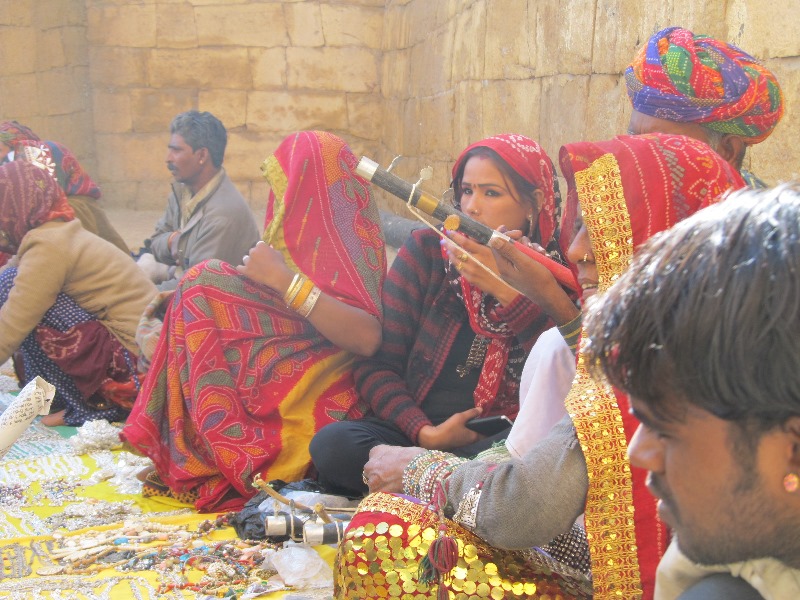 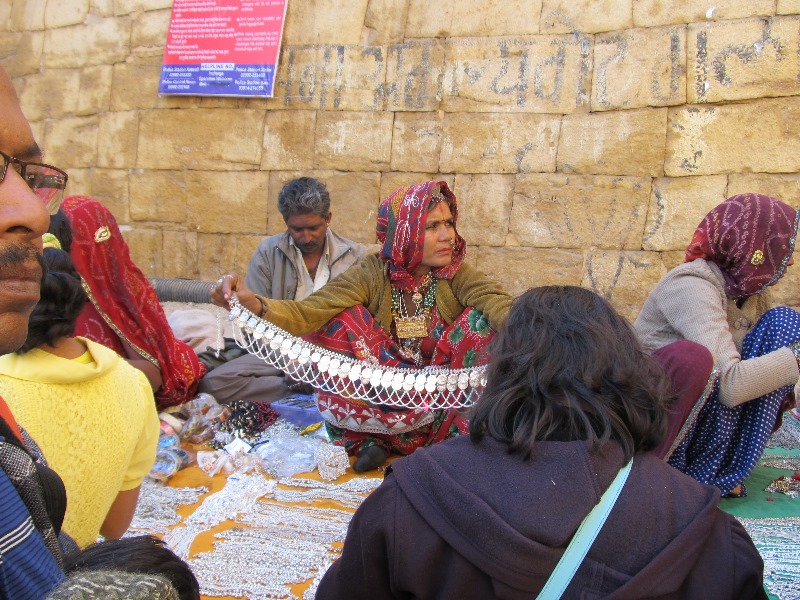 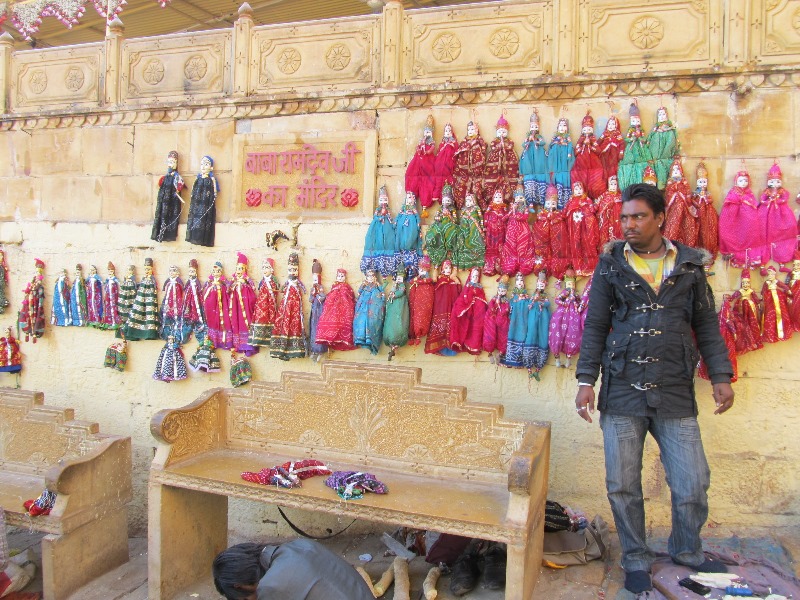 The place we visited next was Amar Sagar Lake. 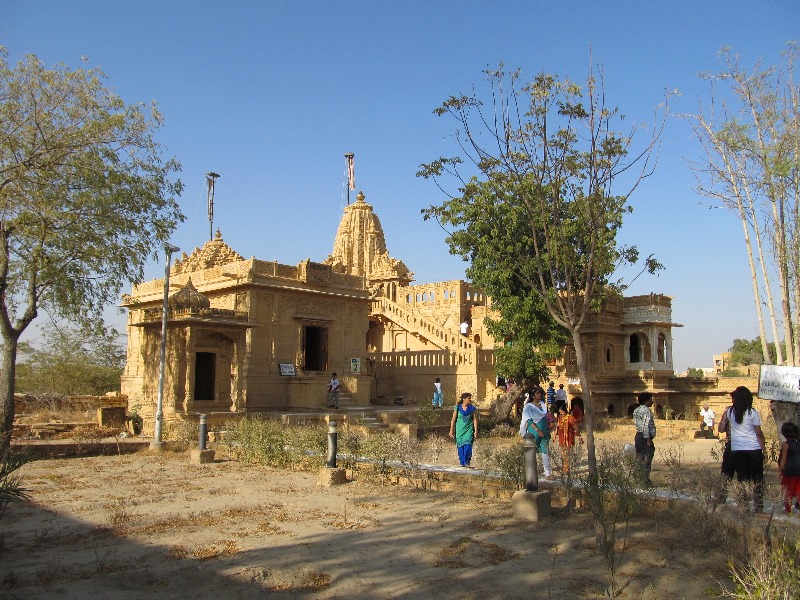 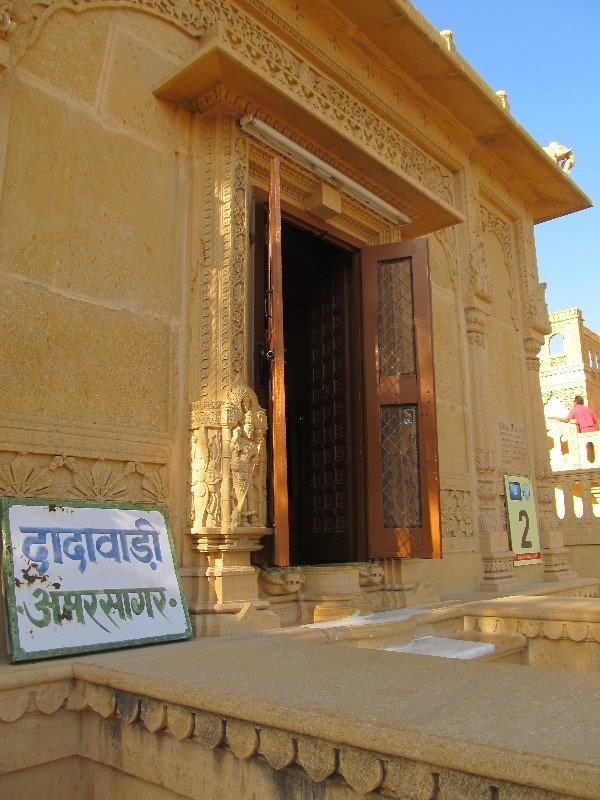 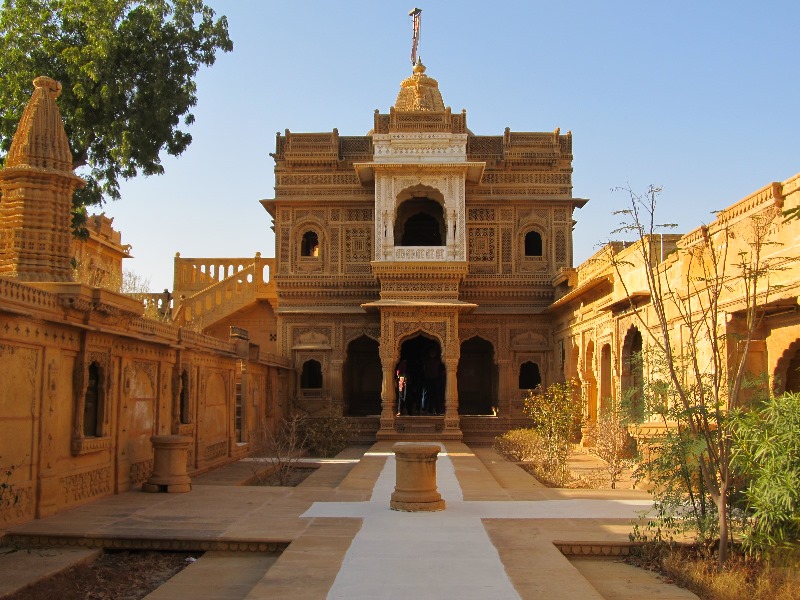 The haveli was built in the form of apartments. This five-storied haveli is popular for the plenty of beautiful murals. Where ever we went there were stunning murals and delicately crafted sculptures on all of its walls. 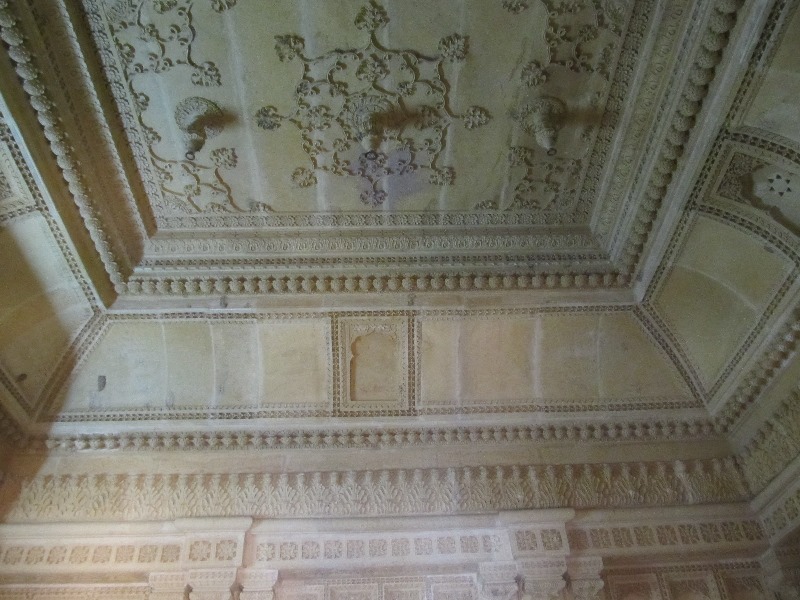 We saw some spectacular sculptures of animals on the walls of the Amar Singh Palace. 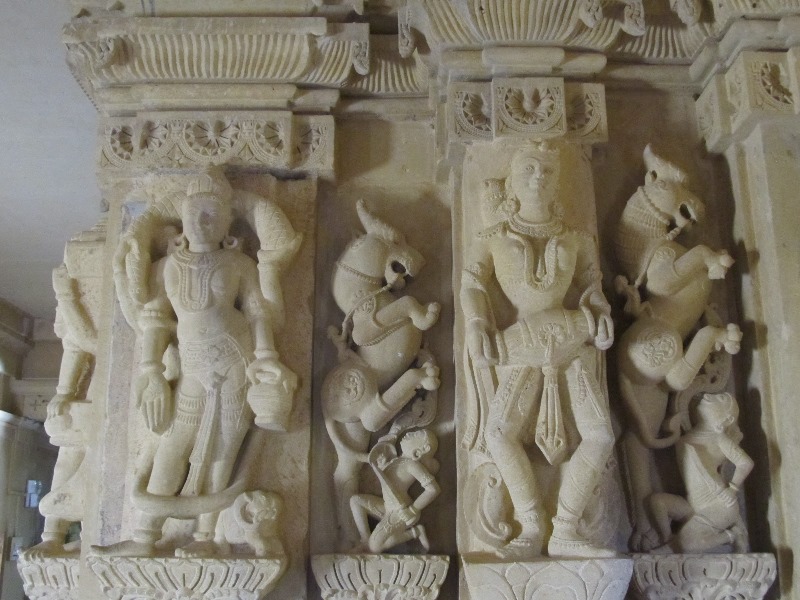 After Amar Sagar Lake, we went to see Gadisar Lake. This particular lake was the sole source of water for the ancient Royal family of Jaisalmer. Raja RawalJaiswal commissioned this lake and now it is one of the major tourist attractions of Jaisalmer. 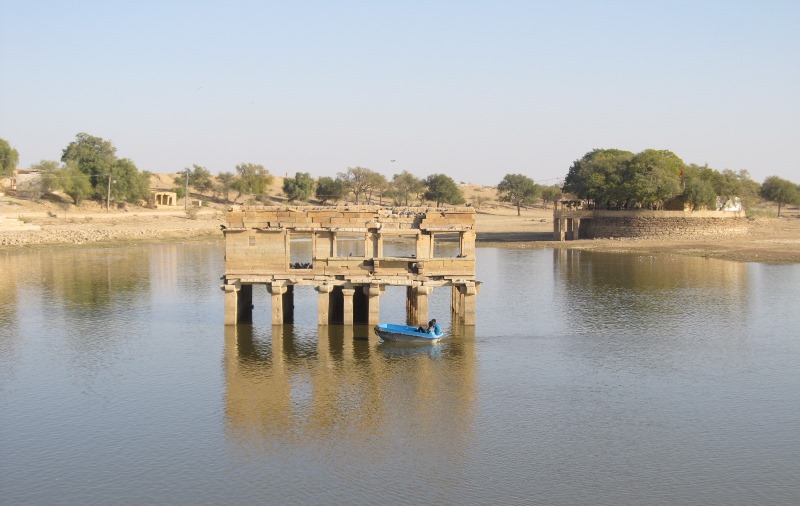 The Chattris, Shirines and temples built here represent the cultural glory of ancient India. It was built during the golden age of the country. 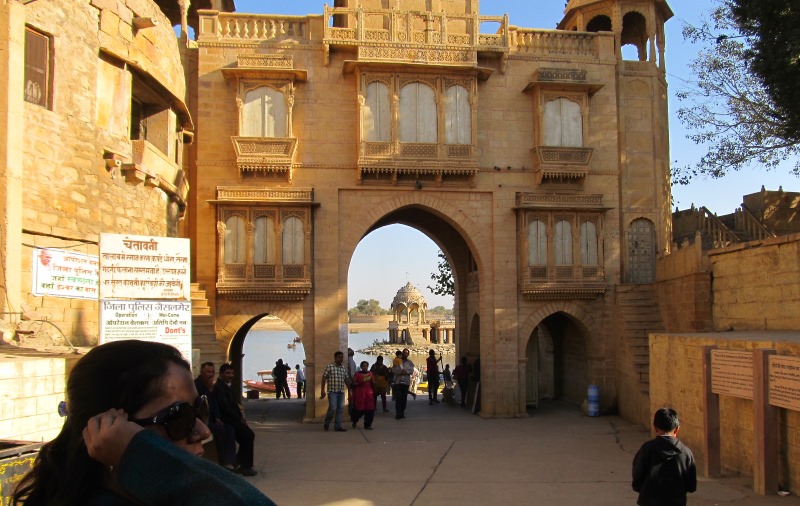 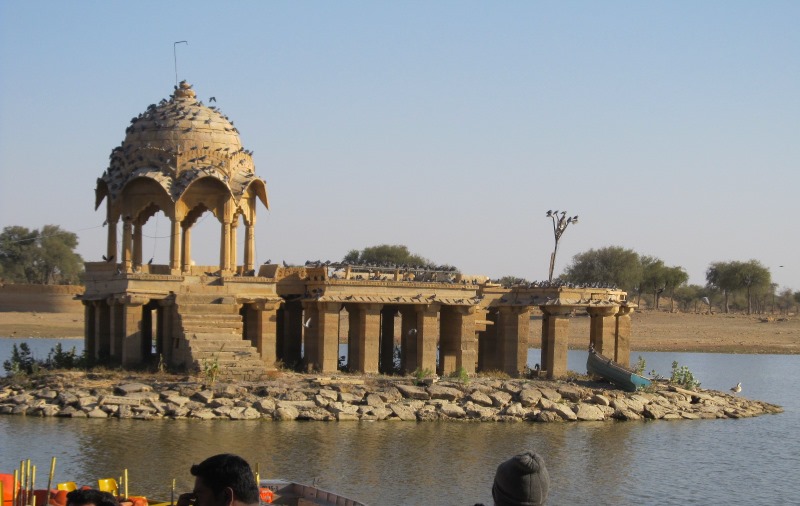 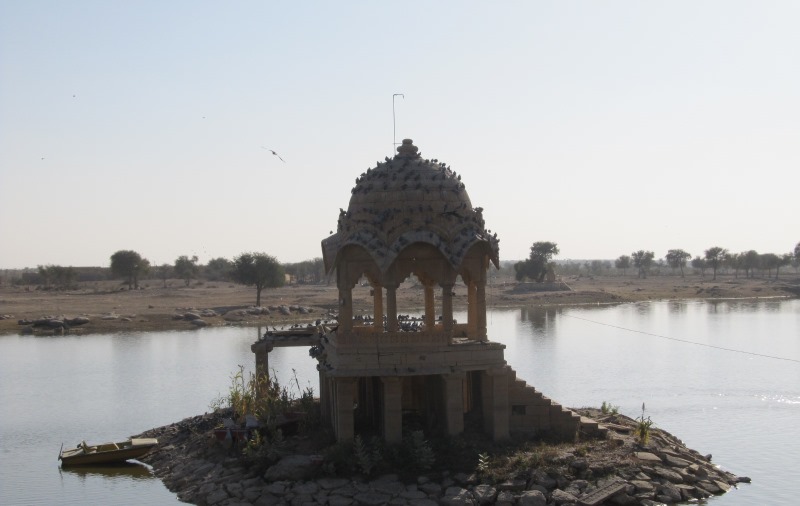 The outside scene of this place was strikingly different from that of the desert location. We saw lots of pigeons on the roof of one tower which is placed in the lake. We also viewed two swans swimming in the lake- something uncommon to Jaisalmer. 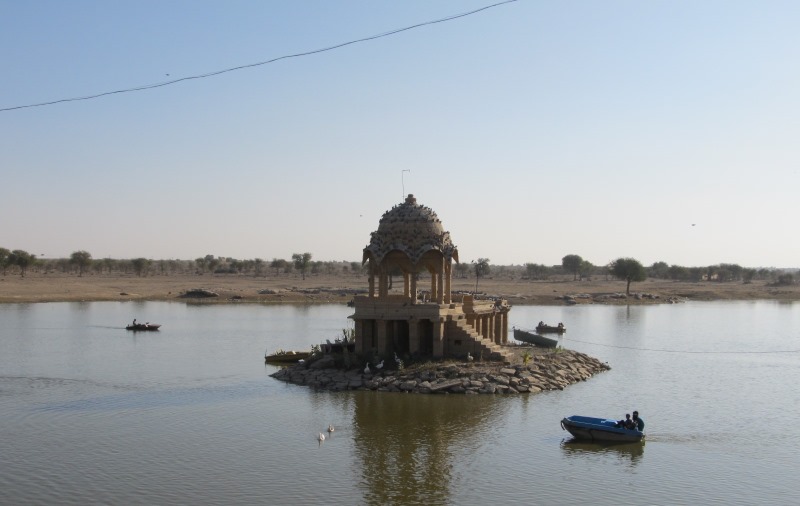 After Gadisar Lake, we travelled through the desert and went to the Golden fort for staying and more adventures. 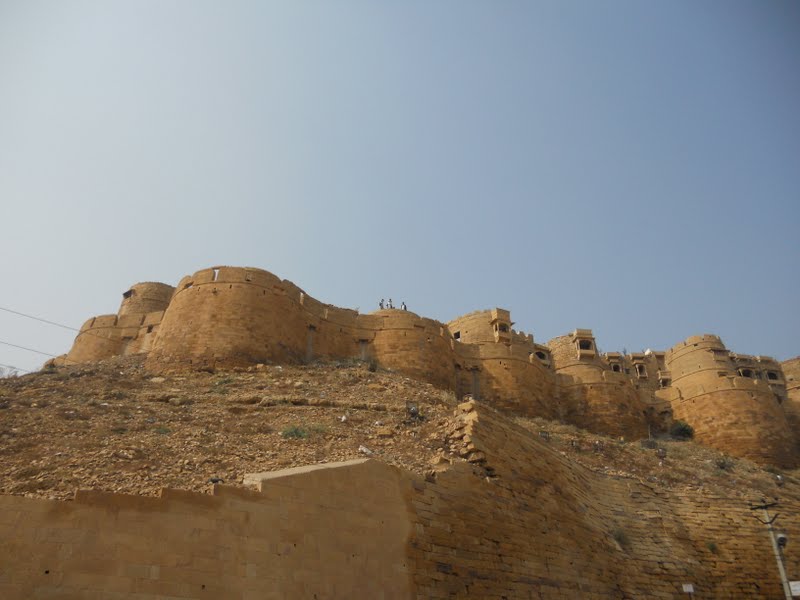 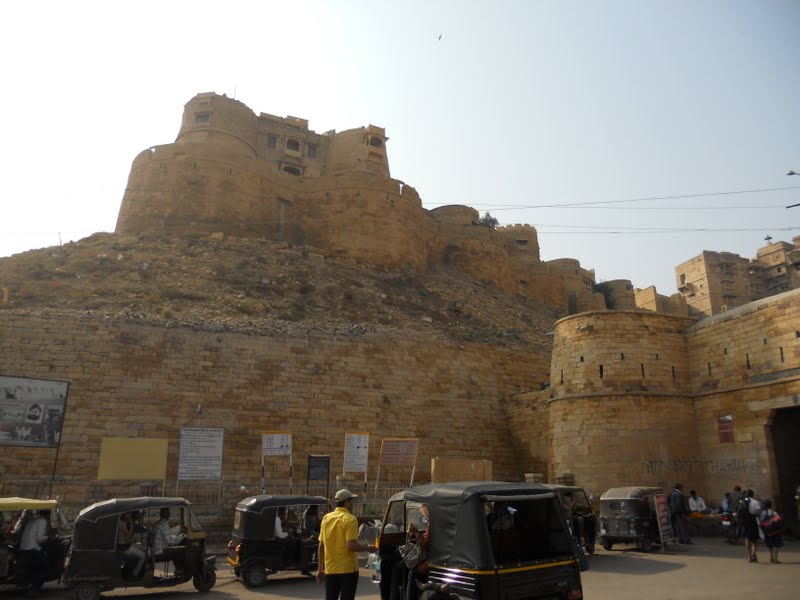 There are several private hotels and resorts in Jaisalmer. You can also stay inside the fort. Actually we stayed in a hotel inside the fort, named hotel Siddhartha. This hotel provided us every modern amenity including the access to internet and international calling facility. 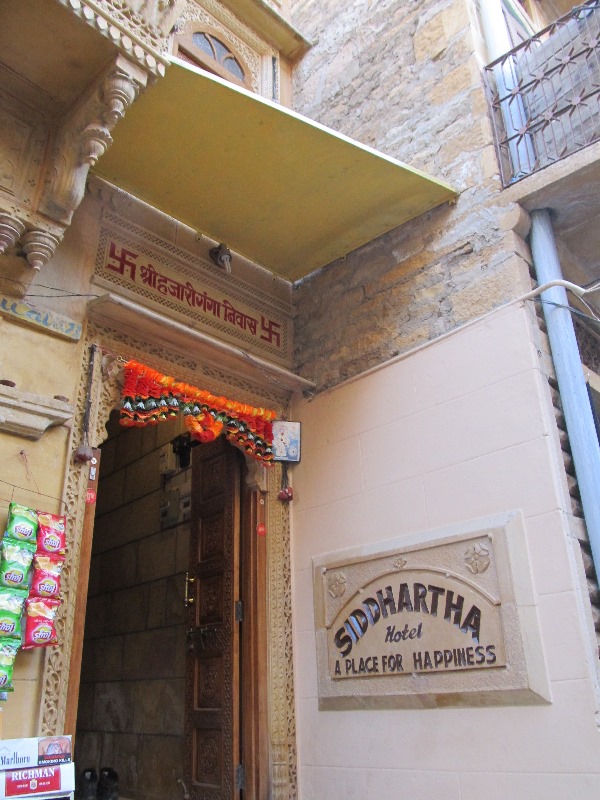