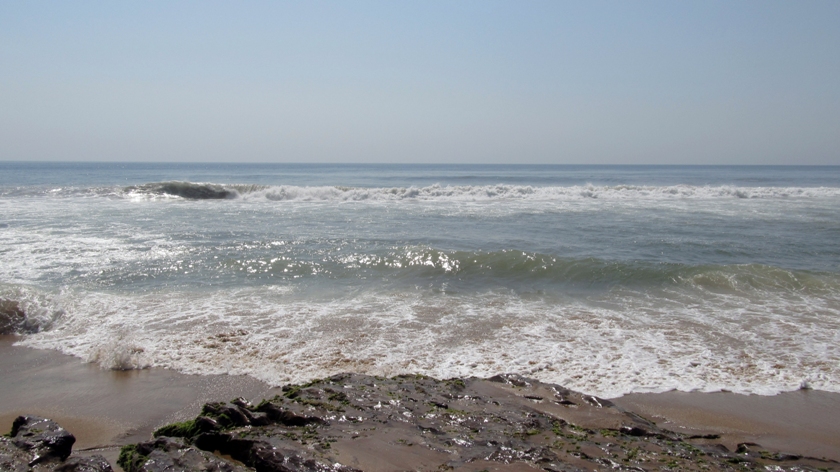 There are some places  which are not popular among the tourists but once you reach there you tell yourself… “OK… let’s spend some more time here..”. 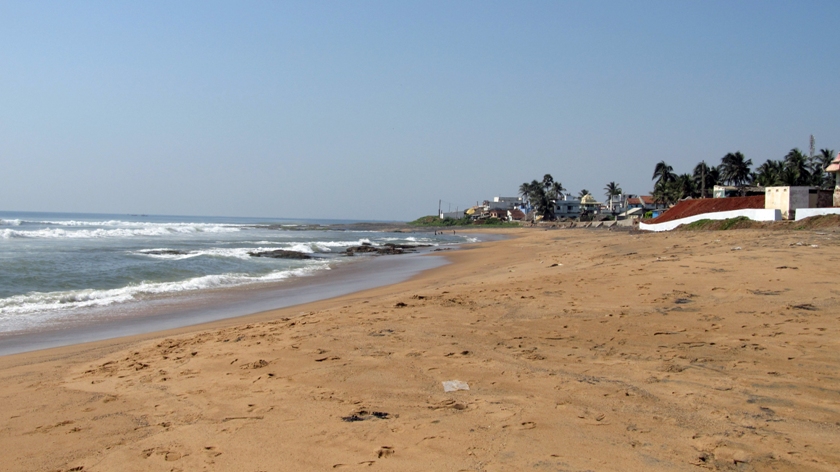 Bheemli beach or Bheemunipatnam falls in this category. This place is not as popular as Rushikonda beach; which adds to its calm and serene environment. If you hate crowd then you must visit this place. 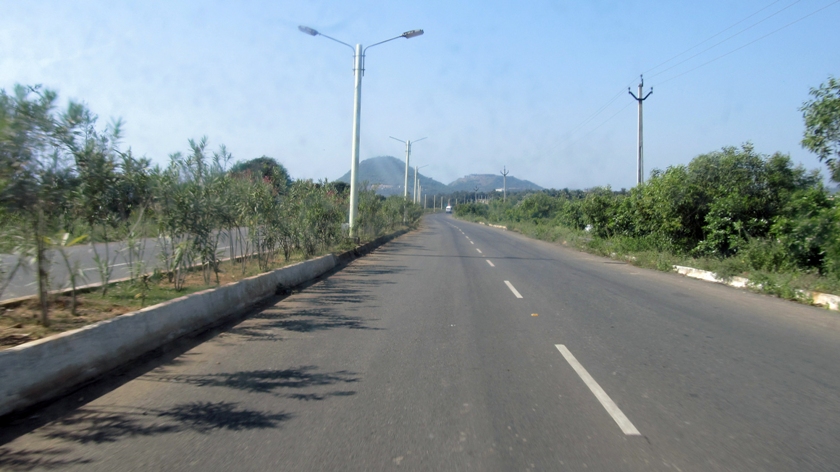 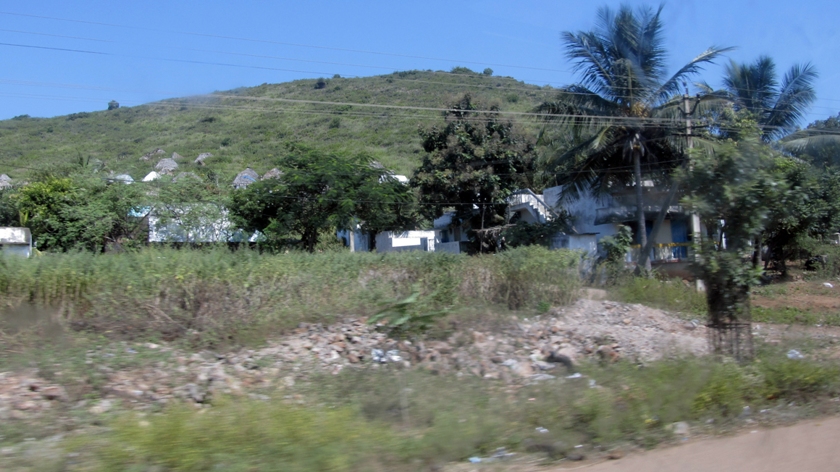 We took the four-lane beach road from Vizag which first reaches Rushikonda beach. Bheemli is 15 km from Rushikonda and 25 km from Vizag city. The journey following the curved roads through the hills is a big attraction for this trip. The sea was on our right side. I noticed small virgin places on the way.. I wish I also had enough time to enjoy those tiny beautiful spots. 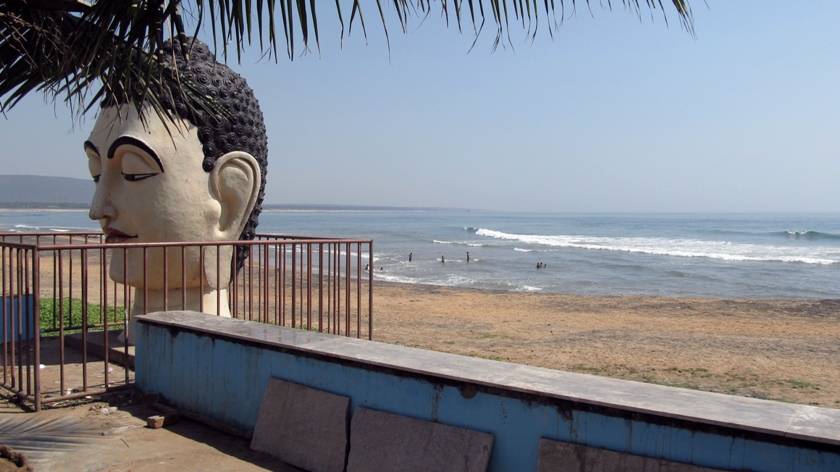 Situated at the junction of Gosthani River and the Bay of Bengal, Bheemli is a place which allures you with its virginity. 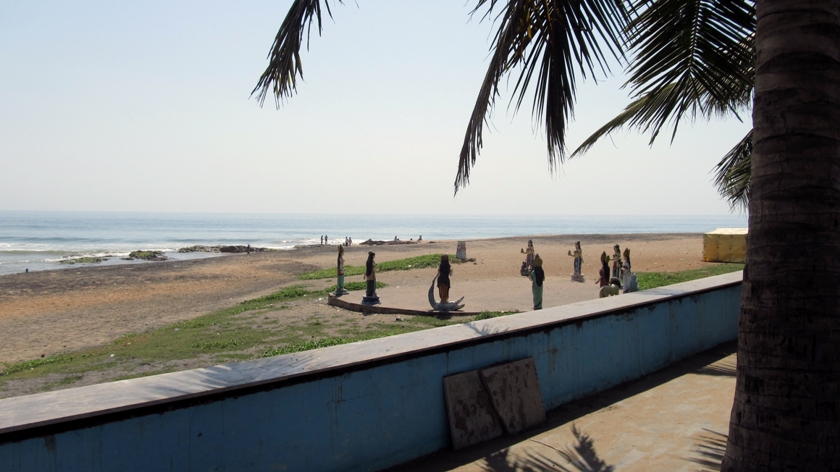 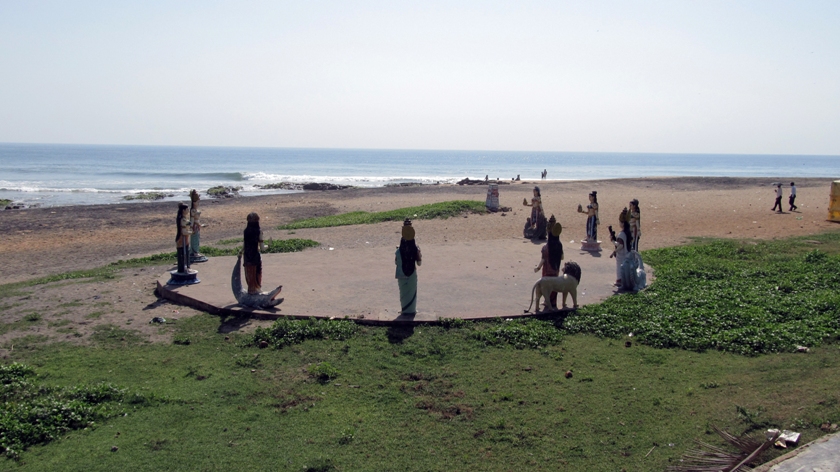 It has got strong historical background which is evident from the idols and statues on the Beach. 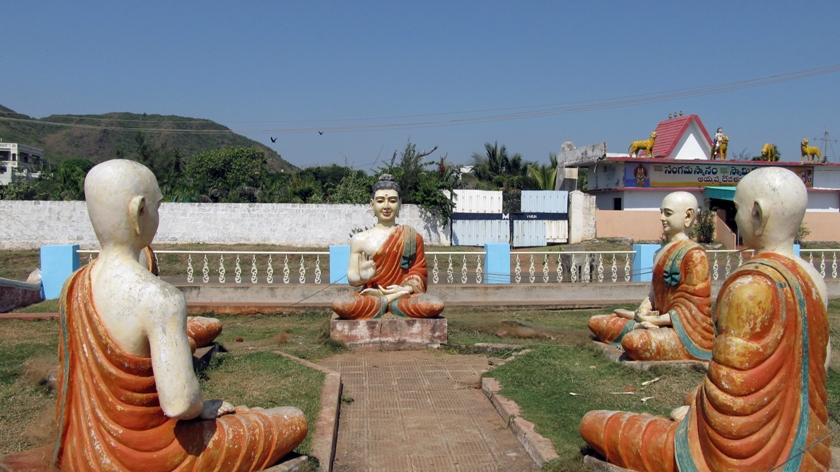 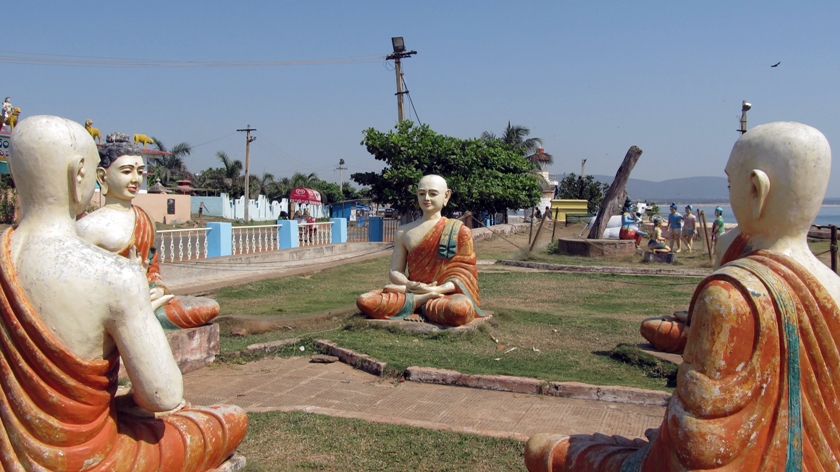 Historical evidences of Buddhist Culture have been found at Bheemunipatnam dating back to 3rd century BCE on the hillock nearby. During the excavations, Buddhist remains were found here along with historical artefacts. Both the disciplines of Buddhism, Hinayana and Mahayana were spread in this land and also to the far east lands from the port of River Gosthani. 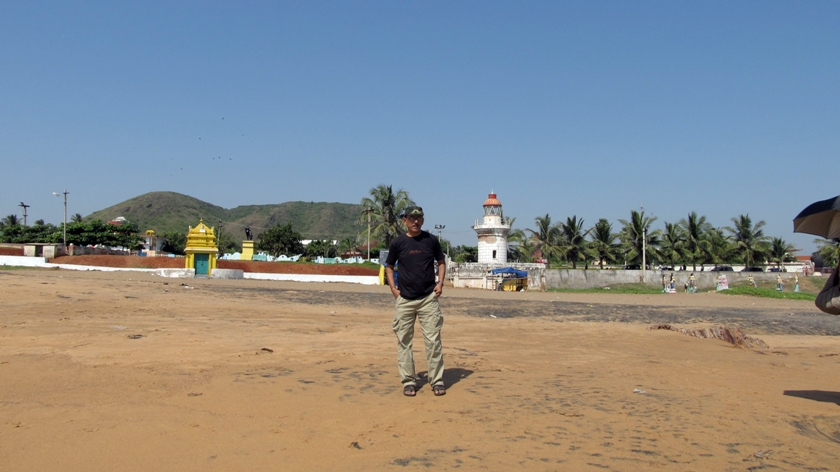 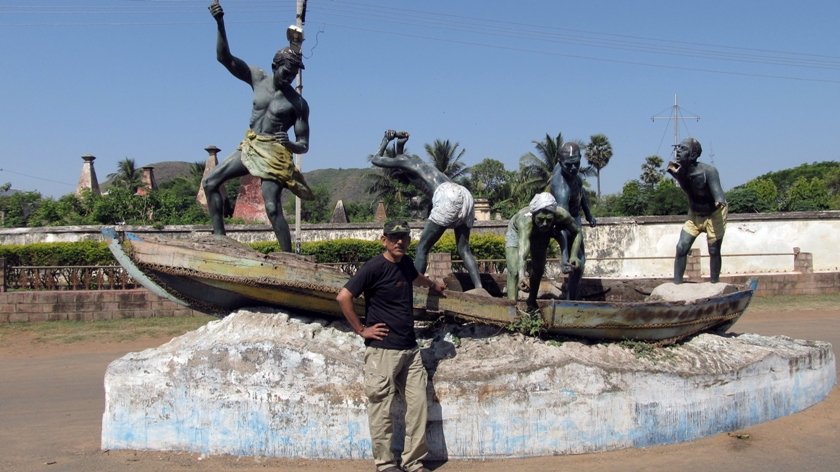 Known to the Dutch as Bimilipatnam, this place was a major Dutch settlement of the Dutch Coromandel coast during 17th century. The town has one of the oldest Christian cemeteries on the coast. Bheemli  also had a currency mint during the times of Dutch. 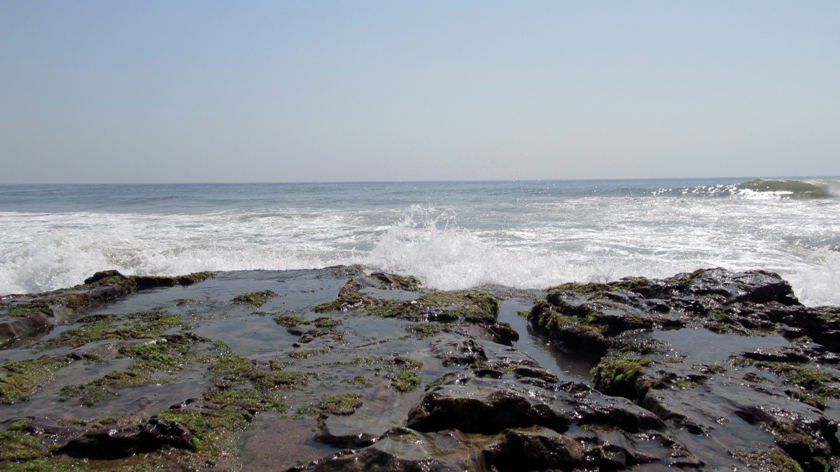 Bheemunipatnam was the main trading base of The British East India Company on the east coast.  Passenger vessel used to make to and fro trips from Bheemli to Madras and Kolkata.

The Bhimili port used to operate passenger vessels to Madras and Calcutta. The big clock tower in the town was built by British. 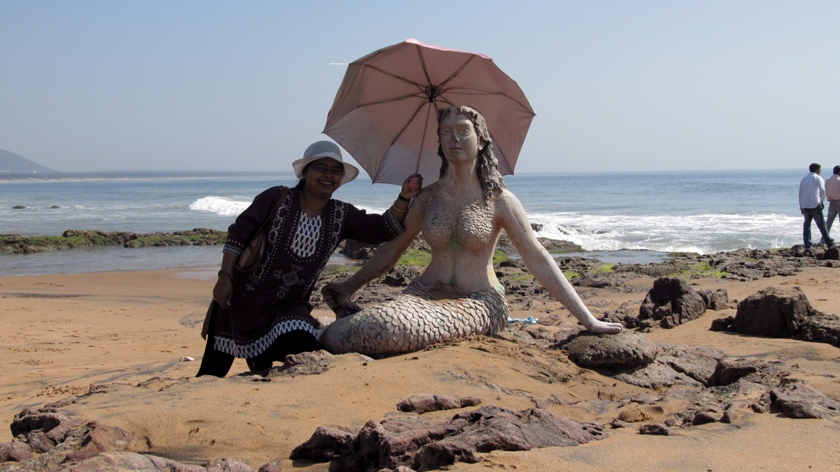 The history really creates an air of interests, but the mermaid on the beach is equally fascinating. A long distant view may easily trick your eyes.

The exquisiteness of this place lies in the fact that along with natural beauty you get to witness so many man-made historical elements.