It was 6 o clock in the morning. Instead of taking a picture of the morning sea I took this. This is Calangute Residency, standing right on the Calangute beach of North Goa. I Wish we could book a sea facing room in this resort. That would have been fantastic as I could sit on the balcony and watch all the beach activities throughout the day.

This beach is exactly what we call  A TRUE TOURIST SOPT.  Fun, Enjoyment, Colours, Water sports, Beach Activities, Food and Crowd – you get everything here. If you hate noise, if you hate crowd, if you are looking for a quiet place, then there are other beaches. I would write about them later.

We didn’t really planned our tour. On a Friday, we took a flight from Kolkata to Mumbai. We had to wait in Mumbai airport for 4 hours before we could catch the connecting flight to Goa. The Flight was nice. From the window of our plane, we could see the Hills of Western Ghats.

From the Dabolim airport of Goa, we hired a car and went directly to the Calangute beach of North Goa. The distance was around 48 kilometers. It was late afternoon. I was quite impressed by the condition of the Road. Small houses by the side of the roads have a particular style as far the architecture is concerned. It is evident that, this place was ruled by the Portuguese for 450 years.

Our car passed through hills. Sometimes the sea was on our right side. I saw a lovely small beach. The driver told me it was called Coco beach.

In search of a Hotel:

It was evening by the time we reached Calangute beach. We tried to find a hotel on the beach. But the driver told us that there were not many hotels which were on the beach.  As it was a weekend, we were having difficulty to get one hotel which suits our budget and also our taste.

Finally, I would say luckily, we found Falcon Resort. It suited us perfectly. A Clean three bedded room; Just two minutes from the beach. But the best thing I liked about the hotel was the garden. It was beautifully decorated and we used to have our meals over there.

The Beach of Calangute is a happening place. A bit crowded because it attracts lots of tourists, especially foreigners. After having our breakfast at the hotel, we went to the beach. 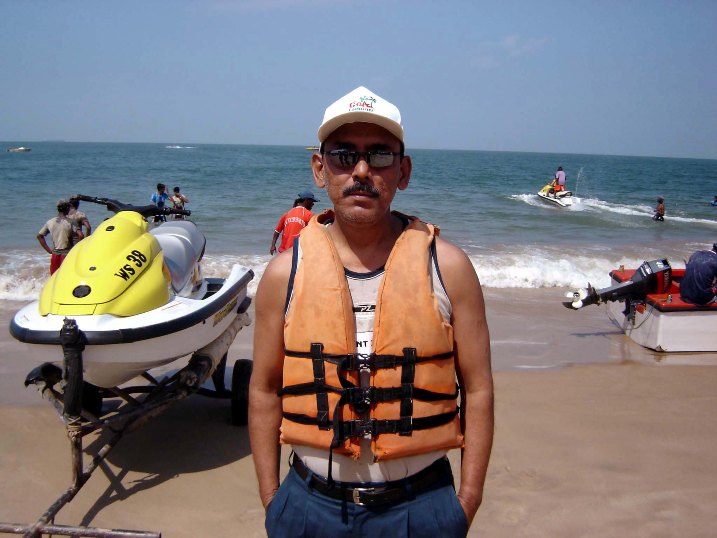 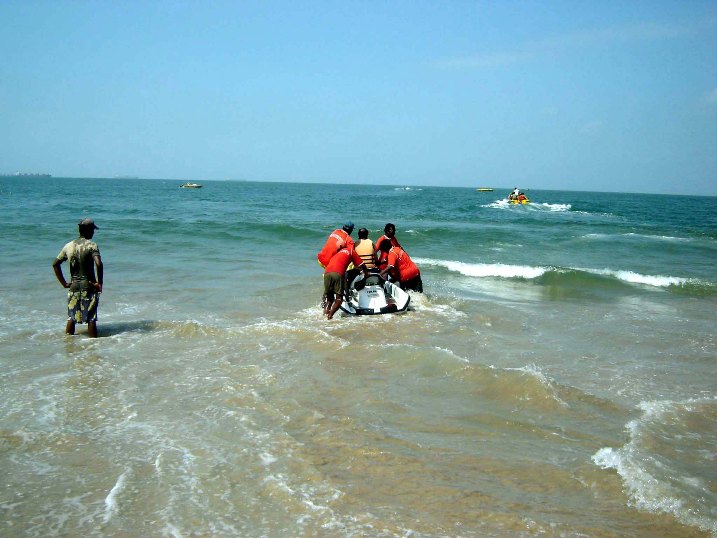 We tried water-scooter. Something I had seen before only in movies. The guide was sitting behind me; Helping me to drive the scooter. It moved with high speed on the sea spreading the water in volumes. The experience was exciting. People in large groups were trying banana boat also.

I was eyeing for parasailing… on the sea. We had to sign a bond for doing this. A boat took me and my brother into the sea. Well of course not very far from the beach!! We had to wear a life-saving jacket and a belt. A rope was attached to the belt. 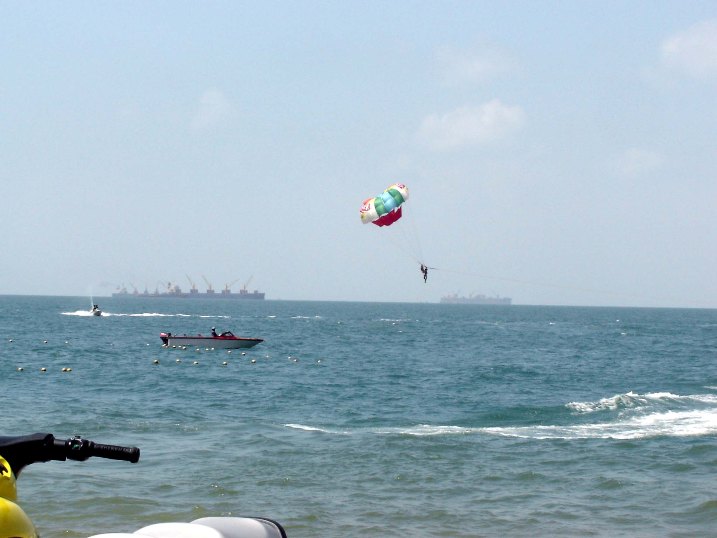 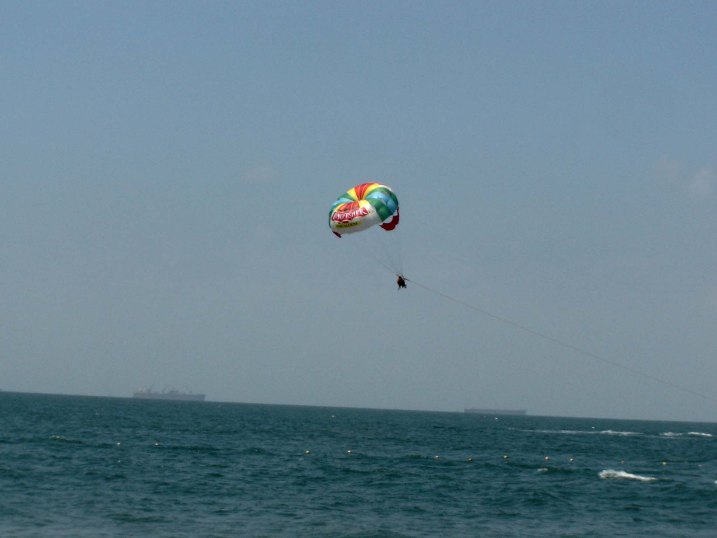 The parachute got blown to its maximum size. I went up in the sky. The view from the sky was mind-blowing. I could see the entire shore of Calangute and the vast Arabian sea…endless in appearance. I was flying. I was in the sky for around ten minutes.

Ten precious minutes of my life!!!