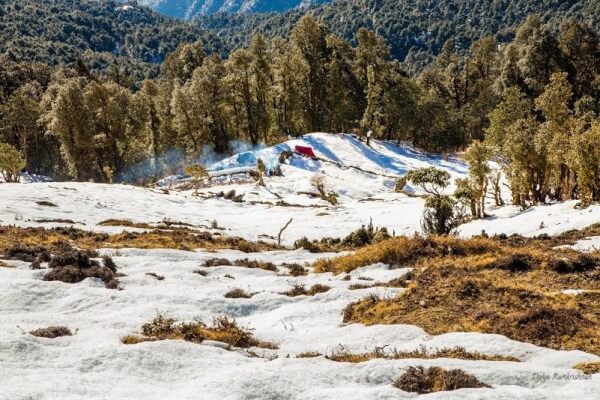 Winter means snow fall, winter means travels, foods, sports and of course, trekking. Tough it might sound a bit odd but it is true that mountains are more beautiful in winter. So, for the people who love adventure and mountain treks here are some of the finest trek routes to cover in India during winter.

Kedarkantha is a four-day trek route in western Uttarakhand and is one of the most delightful trekking in India that will leave you awestruck. Here you can have 360° views of mountain ranges and you ground tents on vast fields. All of the camp sites here offer wonderful view of Himalayan range. So, all in a nutshell – a perfect winter trek.

The trek moves through an excellently pretty valley with villages that have antique Himachali architecture which is very rare. The sights will be more beautiful on a snowy background. Magnificent snow peaks rise on either side of the valley. At the end of the valley, near Har Ki Dun, it feels like you have reached at an amphitheater of the gods.

In the last week of December, when the first spell of snow has touched the ground, Deoriatal-Chandrashila winter trek turns astonishing. This trek in Uttarakhand climbs softly to a partially frozen lake. Through the lake, stretched across the horizon are the entire ranges of western Uttarakhand. Some of the great mountains that can be viewed from the summit includes Nanda Devi, India’s tallest mountain.

Best time to visit: First week of October until April

The best time to move to the north-east, Sandakphu is in winter, though most people do it in other seasons. Sandakphu is the only trek in India that gives you the opportunity to see four of the tallest mountains in the world: Everest, Kanchenjunga, Makalu and Lhotse. You can see the big mountains all through the day as you walk the crest between Sandakphu and Phalut. The trek slopes in and out of Nepal multiple times erasing the barriers of the two countries most of the time. You don’t need a passport here.

Brahmatal is an exceptional trek with high snow everywhere. The views of the mountains are awesome from here. Not only the lake, but all the surrounding is equally beautiful. The only negative point of this trek is it is a bit costly than the other treks in India.